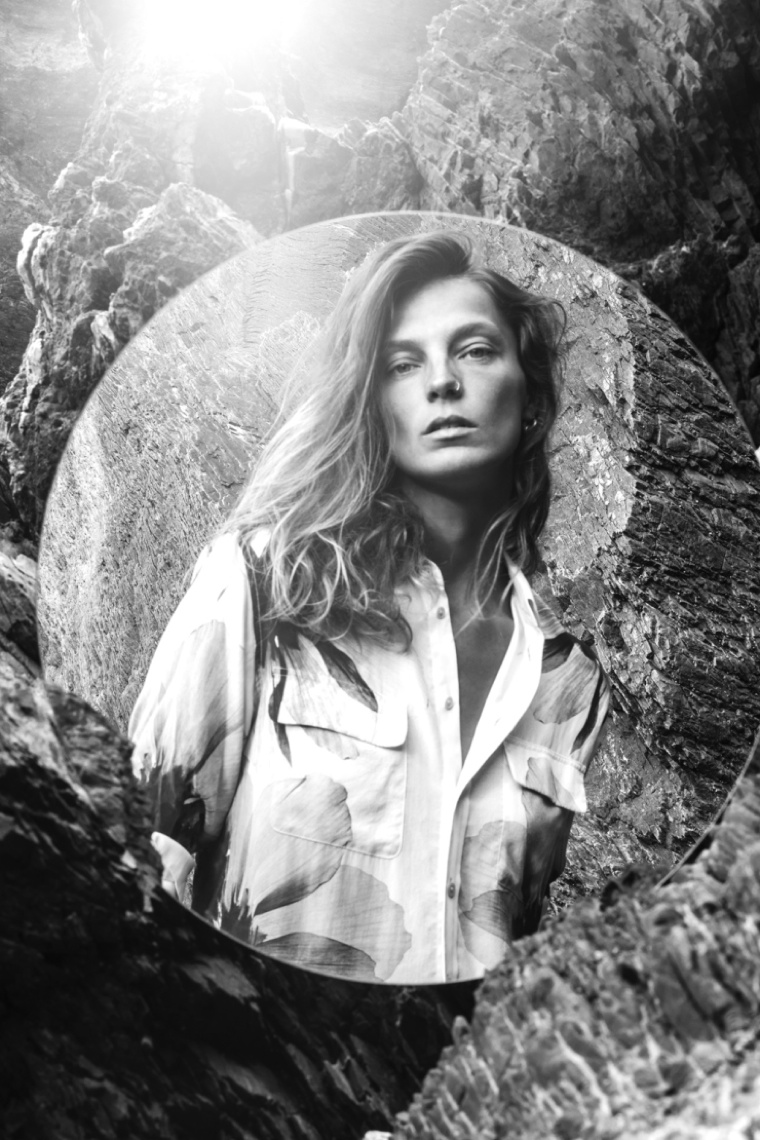 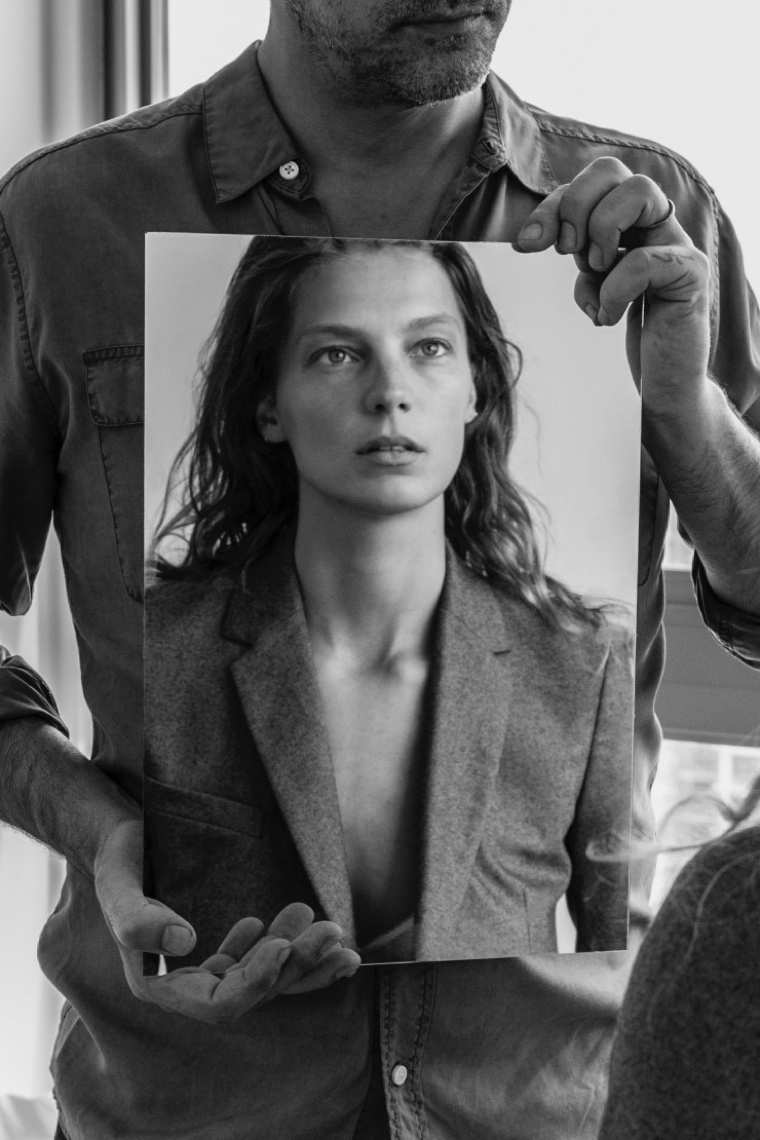 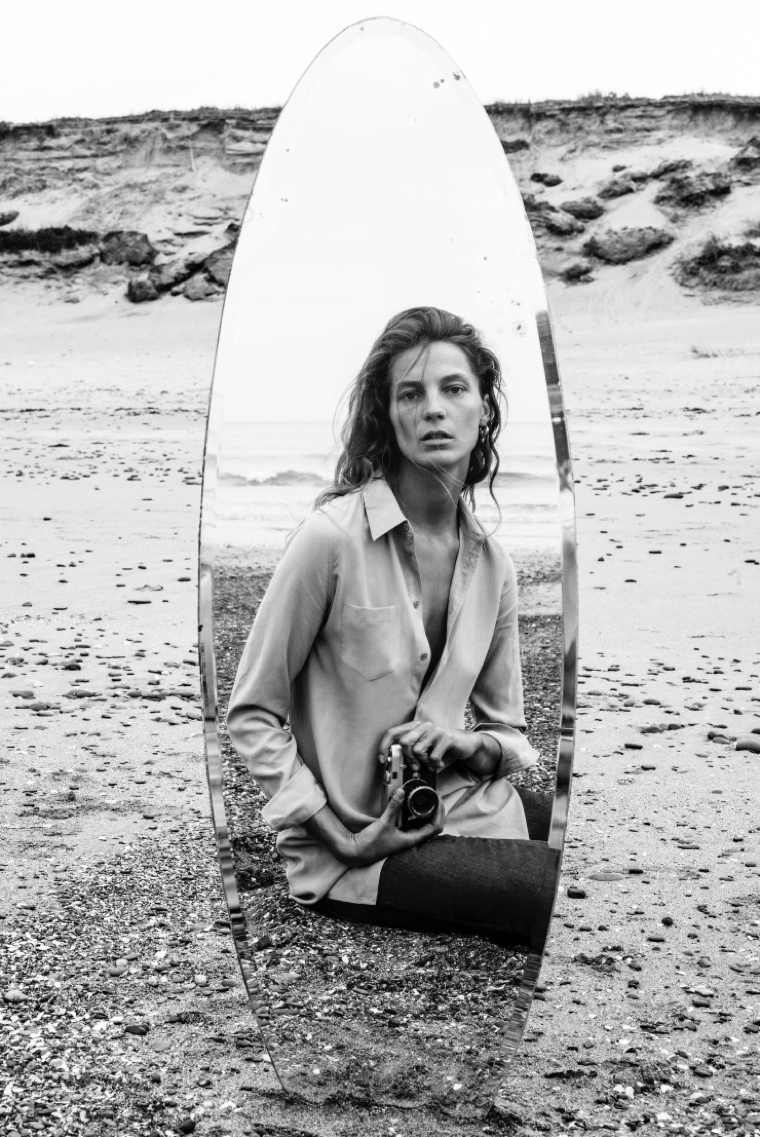 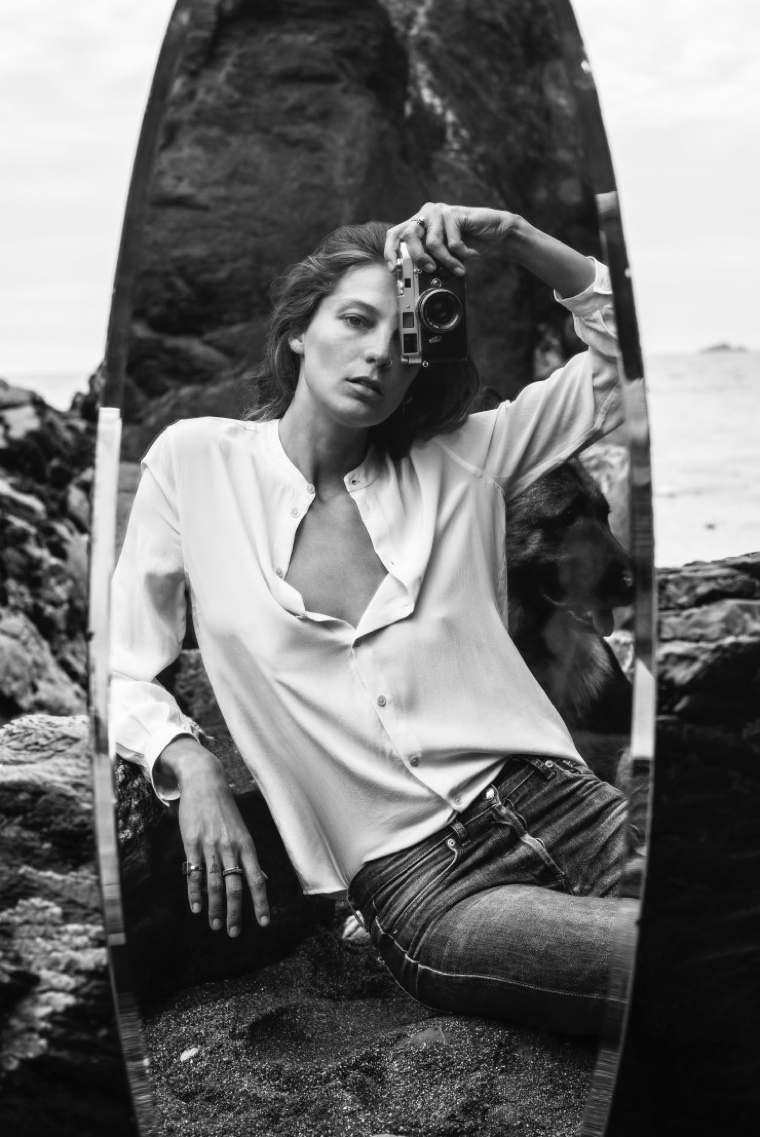 For the third season running, Daria Werbowy has been tapped as the face of French label Equipment’s latest campaign, for the fall-winter 2015 season. As with previous advertisements, the Canadian model has captured the images herself. For fall, Daria exudes a laid-back style with her hair in tousled waves and wearing the no makeup look while posing in mirrored images.