R&B singer Tinashe and songwriter Dev Hynes star on the October-November 2015 cover of Essential Homme, which also happens to be the magazine’s first music issue. Photographed by Michael Schwartz of De Facto Inc., the pair wear cutting edge and sleek styles for the accompanying shoot styled by Terry Lu. Tinashe wears looks from top brands including Versus Versace, Alexander Wang, Phillipp Plein and more in the feature.

Not her first foray into fashion, Tinashe also appeared in the fall campaign for Ralph Lauren Denim & Supply, and also attended the CFDA Awards earlier this year. 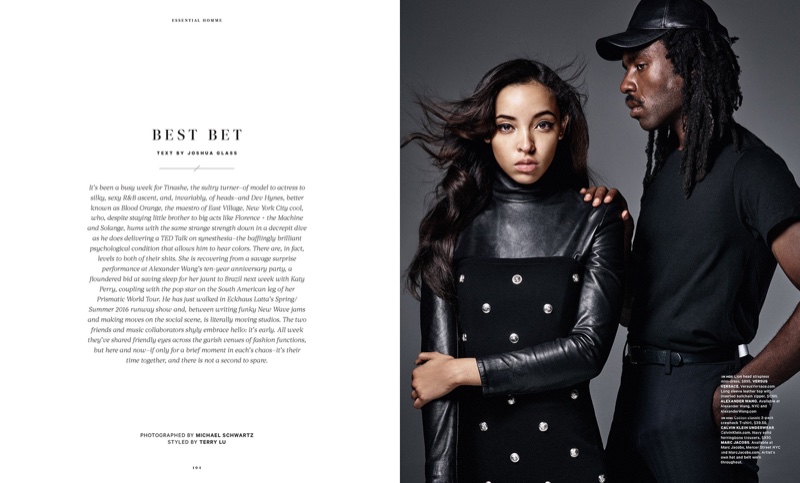 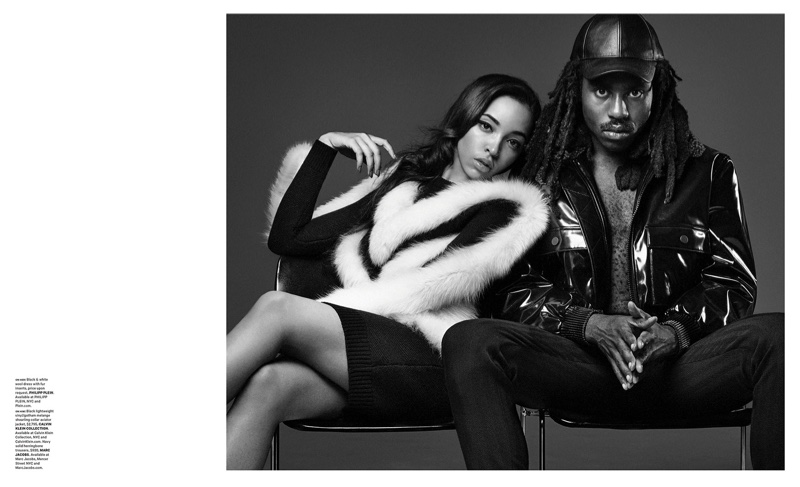