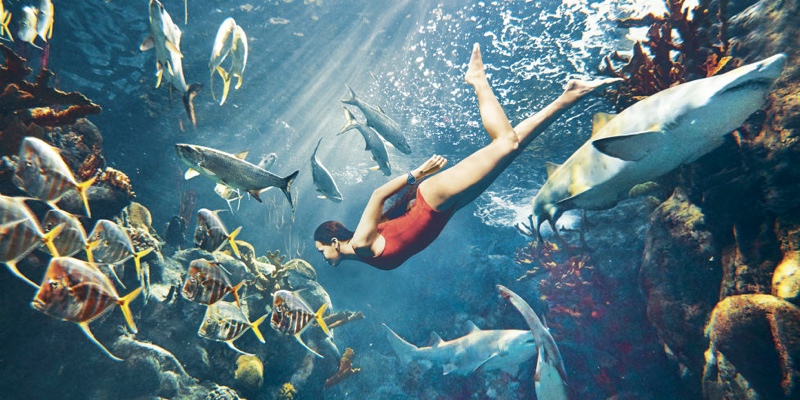 Gracing the March 2015 cover of Harper’s Bazaar US, Rihanna glitters in gold. But inside the magazine, things get a bit more dangerous as she swims alongside sharks and even poses in a shark’s mouth for one shot. Norman Jean Roy captured the photo shoot with the pop star. When asked in the interview about her greatest adventure thus far, the Puma creative director replied with, “Greatest adventure? Are you kidding me? I just did a photo shoot in the midst of sharks. It’s going to be pretty hard to beat that.” 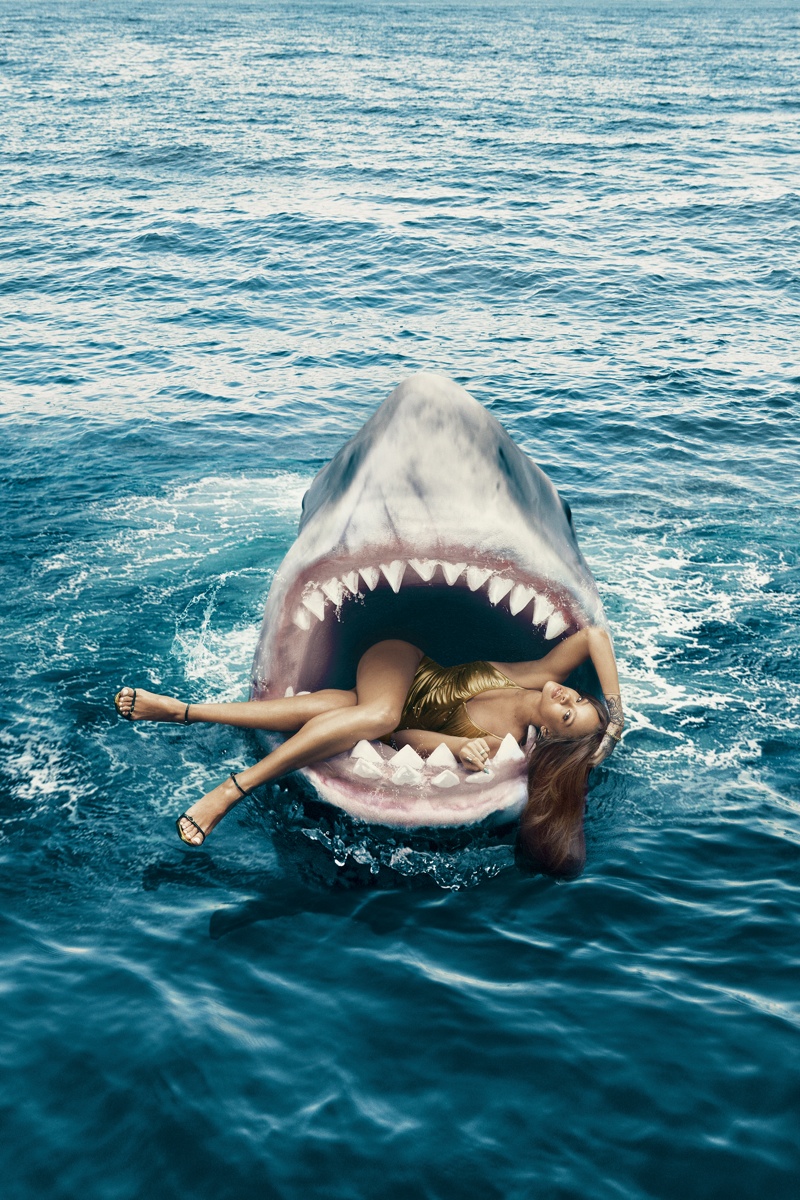 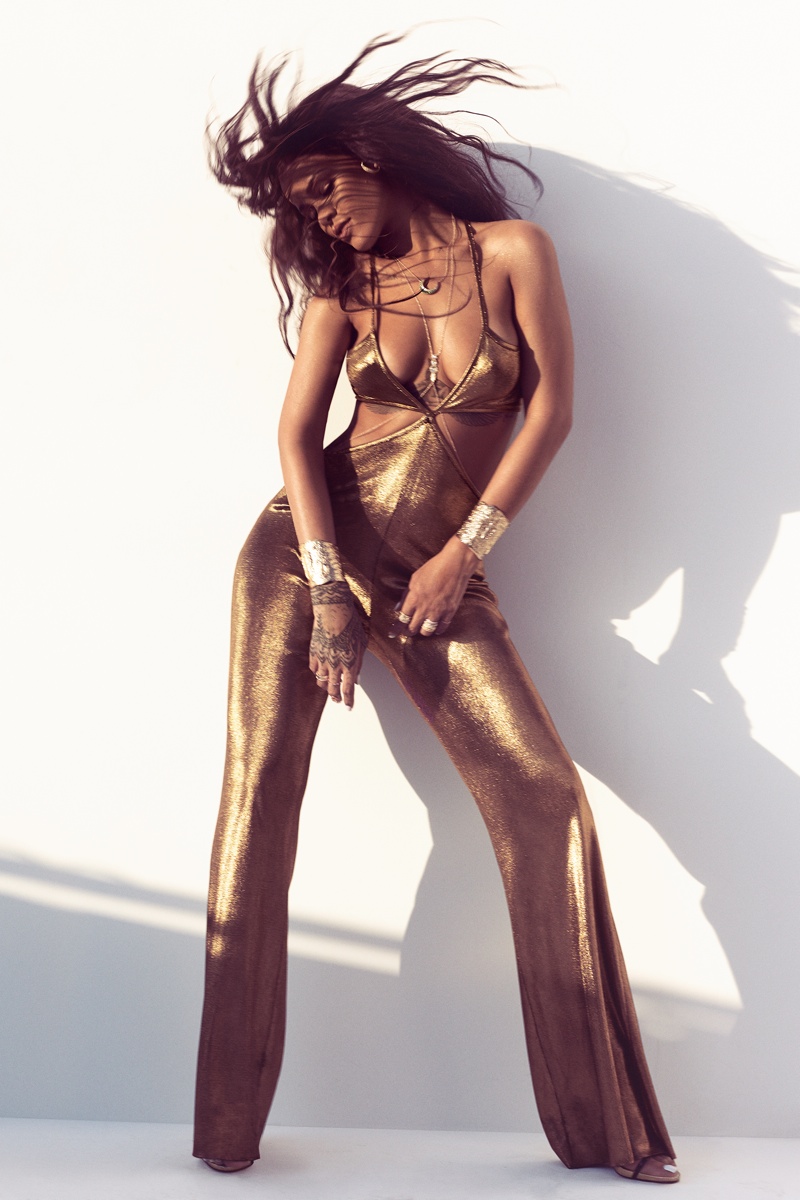 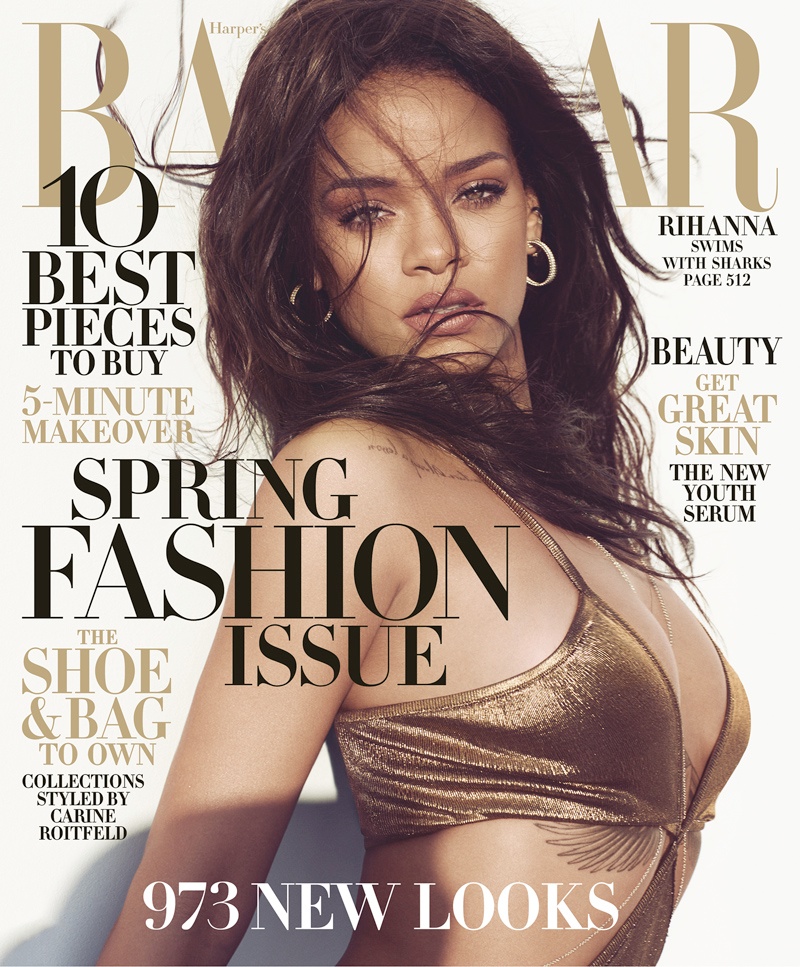