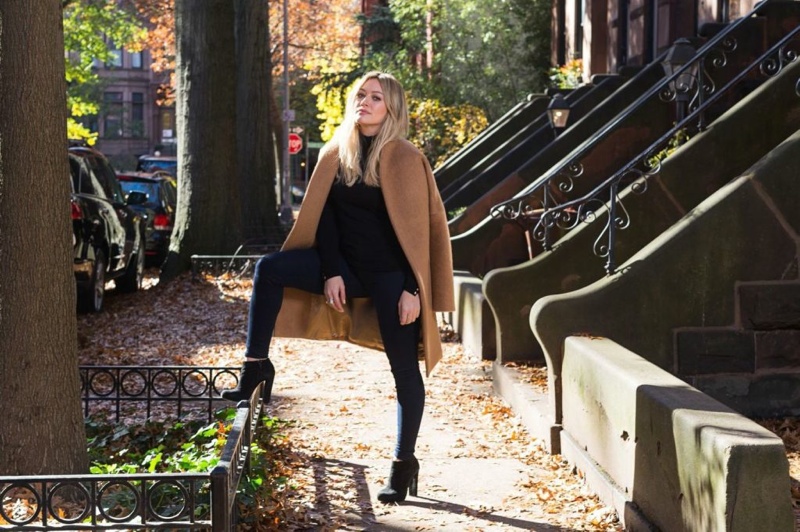 Actress Hilary Duff sat down with ELLE.com for an interview and feature about living in Brooklyn, New York, her new show “Younger” and life in the public eye. Posing for Katie Friedman, Hilary looks at home in her Brooklyn place wearing a comfortable-looking knit piece and camel-colored jacket in another shot. Read some quotes from the feature below and view more on ELLE.com.

Hilary on why she chose Brooklyn:
“I’d actually never been to Brooklyn before I started apartment hunting. Just having Luca [her son] here, I wanted a little more space so it just made sense. It’s quieter. I live in a really cute neighborhood with just enough not to be bored but not have the craziness of having 200 people on the street that are like all over you when you’re trying to walk out of your apartment.” 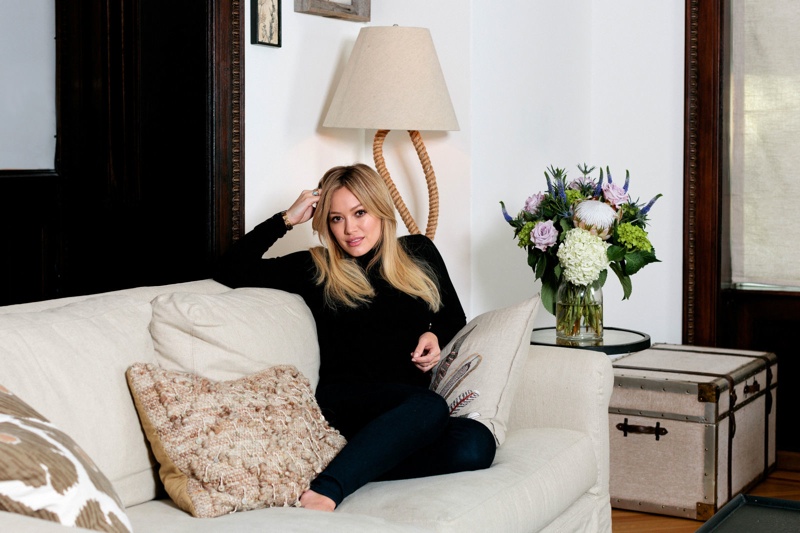 Hilary on dealing with being in the public eye for many years:
“It feels so weird to talk about because I don’t know how to answer. A lot of people have compared me to other people who came up when I came up and I don’t know what it is. I think part of it is just me, maybe my family, and the friends that I’ve kept. No one really let me get away with being treated different in my immediate circle of people in my life. That said, I definitely had rough patches…I did it in a public way and it kind of messed with my privacy. I had to take a really long break from everything. I was like, ‘I don’t really care about getting the best role anymore or making a career choice, I just need to step back, be at home, and like hang out like a normal 20-something-year-old person.”