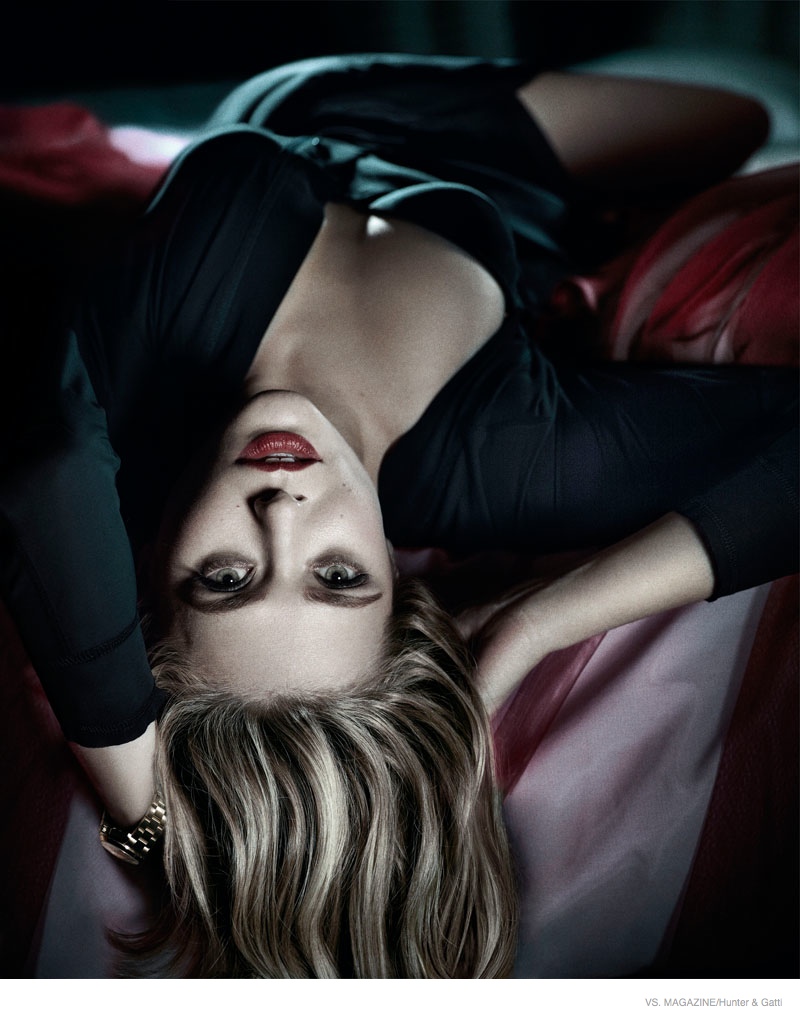 Inspired by 1970s horror movies, the spring-summer 2015 issue from Vs. Magazine creates a glamorous take on the genre with this photo shoot featuring actress Elizabeth Olsen. Olsen starred on one of six covers from the issue, and in her feature poses for Hunter & Gatti in a dark and spooky mansion where nightmares haunt her. Styled by Mary Fellowes, the blonde starlet does a good job of playing distressed while wearing fur, lingerie-inspired tops, gloves and more. / Creative by Jakob F., Makeup by Hung Vanngo, Hair by Mark Townsend 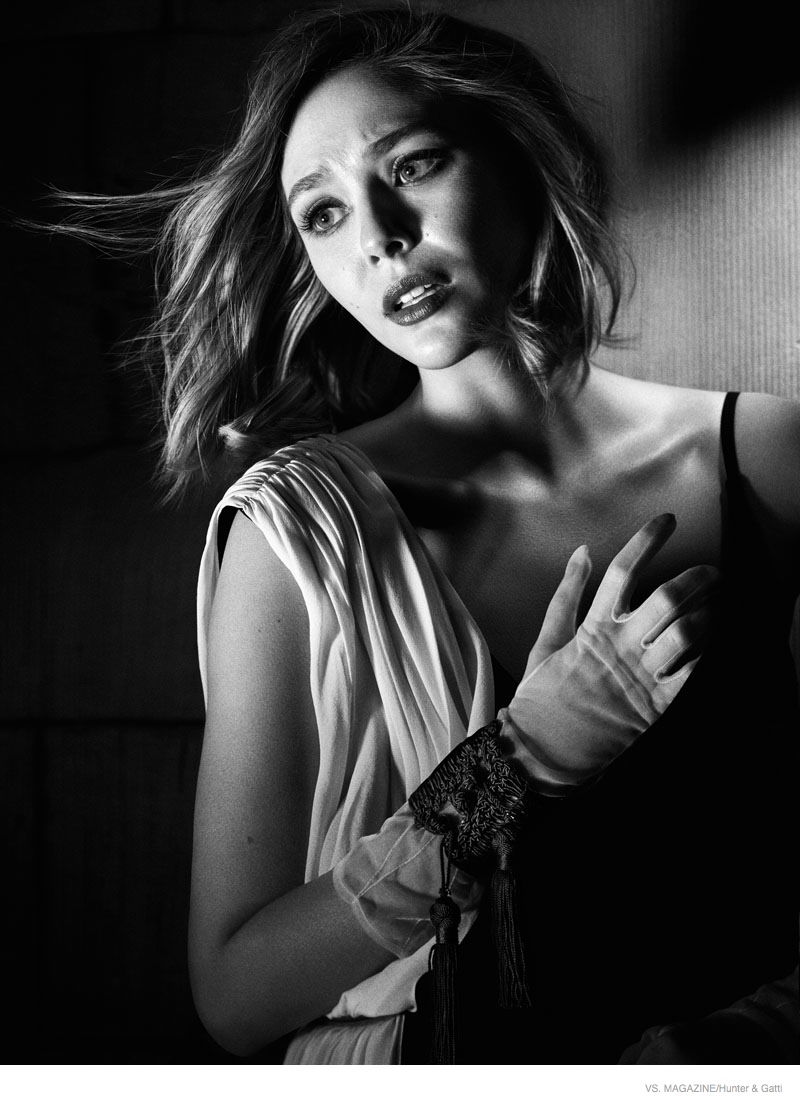 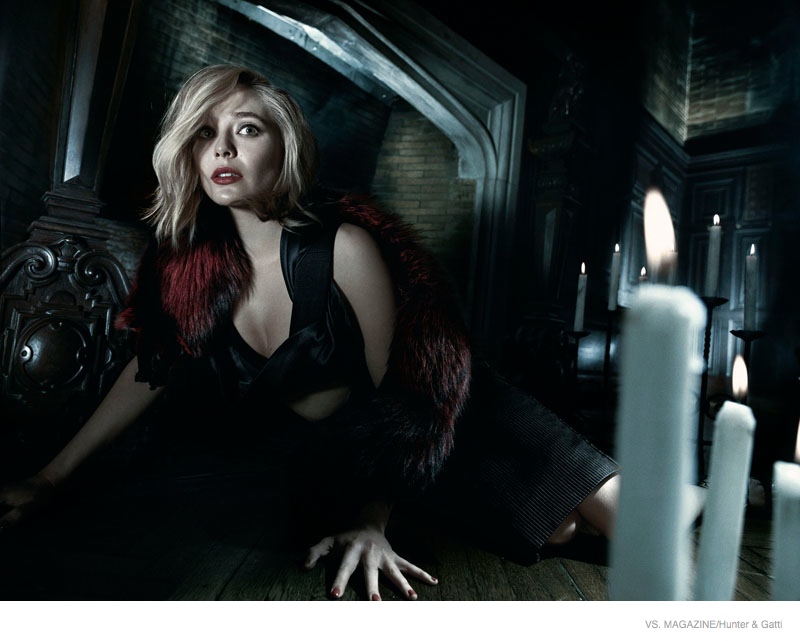 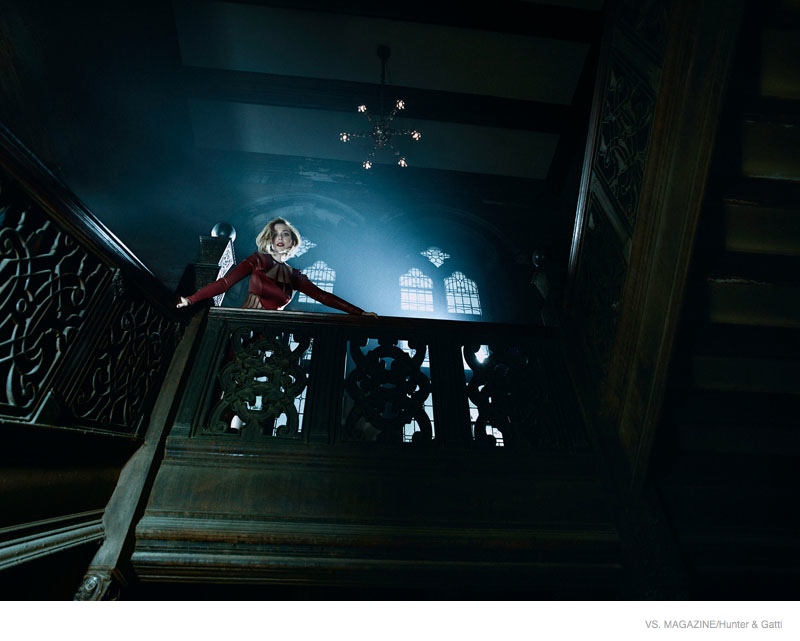 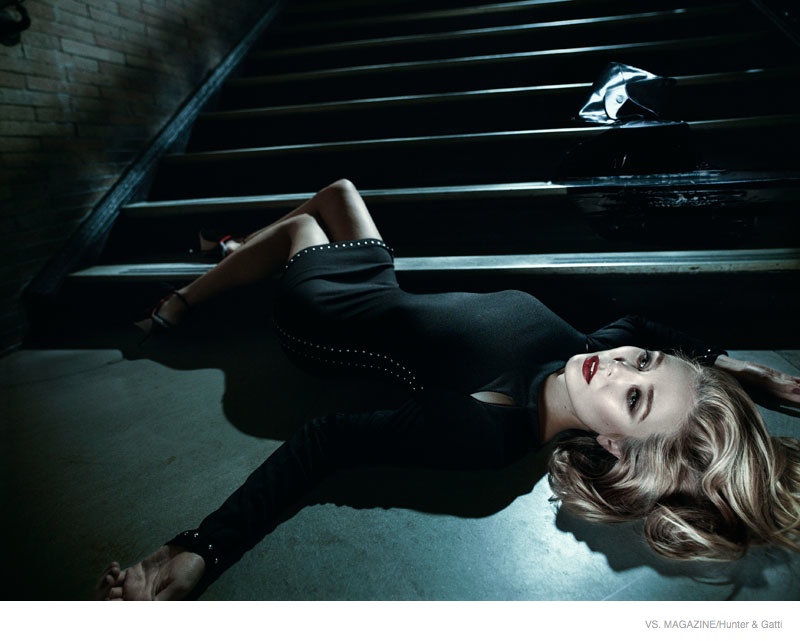 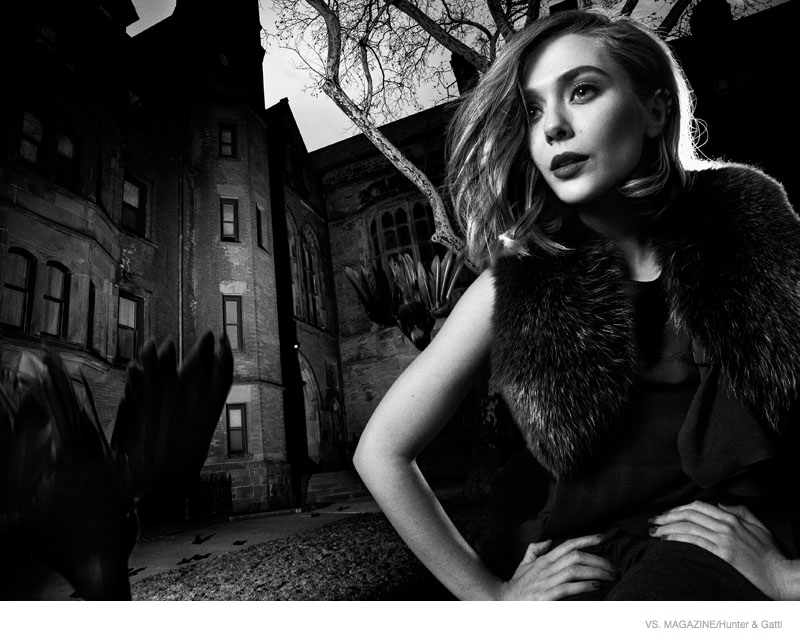 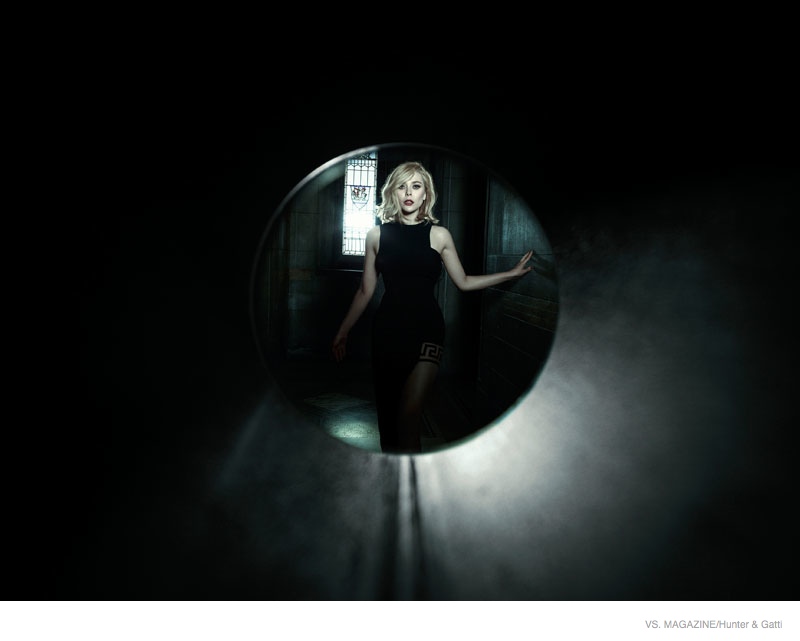