The standards of beauty are constantly changing, and each new era brings its own benchmarks. Looking forward to a new decade of beauty, we decided to revisit the main beauty-trends throughout the century.

The 1910s – naturalness and muted colors

Queens of the era: Mary Pickford and Bette Davis

At the turn of the century with makeup, it was not so easy – the form of cosmetics that we know now did not exist. However, 1915 was a real revolution! The first Maybelline mascara was released, radically changing the concept of makeup. Now the girls could dye their eyelashes, and this was a great innovation!

Of course, there was powder, blush, and lipstick similarity, but they were so far away from perfect, that creating a full makeup look was practically impossible.

Queens of the era: Gloria Swanson, Clara Bow, Louise Brooks
Yes, the smokey eye first became fashionable back in the 1920s! After World War I, in the era of ” lost generation,” all restrictions were rejected. People wanted to live, create, and be beautiful in spite of the horror. In makeup, people could feel changes as well. The girls began to brighten up, and especially to highlight their eyes. Here dark shadows appeared. Those days, Max Factor was the makeup leader. It was the standout brand who released the line of cosmetics for creating makeup in silent films. Max Factor also first introduced the term “makeup” that we use nowadays.

Queens of the era: Jean Harlow and Greta Garbo

The main symbol of the 30s – thin eyebrows, drawn in pencil. It all started in the United States – with the Great Depression in 1929 when the reality was so depressing that the cinema was constantly sold-out. Movies distracted people from their harsh reality. There were divas on the screen – Greta Garbo and Jean Harlow, and they wore just such eyebrows – absolutely plucked and redrawn with a thin pencil. Of course, all the girls began to copy and follow Hollywood stars.

And again, the war … Women around the world were not to use makeup, so celebrities met a new standard of beauty – absolute naturalness. Thick, unbroken eyebrows became fashionable, and the only mascara used was Max Factor and Maybelline.

At the same time, it was the era of pin-up girls. Their images decorated everything from postcards to posters to encourage American soldiers in the service. They also became an example for real women. After the end of World War II, bright lipsticks and lush curls with a hair length not lower than the shoulders were incredibly popular.

We have to thank Marilyn Monroe for one thing. Before the fashionable blonde, there wasn’t such an emphasis on glamorous makeup looks. Now, her aesthetic is a timeless classic. The emphasis is on eyes, long eyelashes, eyeliner, bow lips, waves, and curls …

At the same time, in a cosmetic market, there was a new player – the brand Lauder Estee. This was a real revolution!

Queens of the era: Jean Shrimpton, Twiggy and Edie Sedgwick

The makeup of the 1960s – this ode to youth and puppet. The main symbol of the age was the model Twiggy, with her big eyes, no less huge eyelashes, and pink cheeks. Of course, the main products of this period began to be blush and voluminous mascara. Another prerequisite for the makeup of the 60s was perfect skin and naturalness, which today we would call “baby face.”

After the 1960s, naturalness again came into fashion, but interpreted a little differently – these were echoes of hippie culture, the triumph of feminists in the West and the struggle for equal rights for all. The girls continued to brighten their eyes but temporarily abandoned the arrows in favor of light shading, cheekbones highlighted with a pink blush, and chose “nude,” as we would say today, blush. More attention to swifts – the trend was long, slightly curled bangs, bob, natural waves.

Disco, disco, disco! In the 1980s, everything was “too” – bright shades of all colors from blue to pink, mother-of-pearl lipsticks, and, of course, very voluminous hairstyles with crazy bouffant hair. The girls looked so grotesque. Madonna and Cher were trying to be more and more shocking – today, these hairstyles and make-up may seem completely theatrical, but the 80s demanded just such a performance.

The nineties – it’s, on one hand, the period when natural beauty was a true fashion, makeup was minimalist, and hairstyles uncomplicated. At the same time, the 90s is the era of “heroin chic,” grunge, and, of course, some deliberate negligence. Strong cheekbones and a melancholy look – all these parameters met the main heroines of that period, among whom Kate Moss was the absolute leader.

The glamorous 2000s are perhaps, the most controversial decade throughout the 20th century. Today these images seem utterly tasteless to us … Mother of pearl in all its appearances became so popular, store shelves were bursting with pink sparkles, and eyelash extensions became the most popular beauty procedure. The trend was all bright and shining, several accents in makeup at once, as well as an unnatural golden blond without which it is impossible to imagine an era of glamor.

We didn’t only receive the iPad, Instagram, King Billy’s AU video slots, 4G Network, and Minecraft in the 2010s. We also received a new primary trend. The main direction of the 2010s was defined by natural full eyebrows – in this regard, around the world open brow-bars, which are very popular. And if yesterday we were plucking eyebrows, now they are building up to get closer to the ideal – the image of the model Cara Delevingne.

Also, the 2010s brought us a whole new point of view on skin makeup. The trend is about a healthy glow, simulating youthful skin. But the main achievement of our time is a gradual departure from “gloss” and “glamor” towards body positive and self-acceptance. As time continues, the makeup trends will only get more exciting! 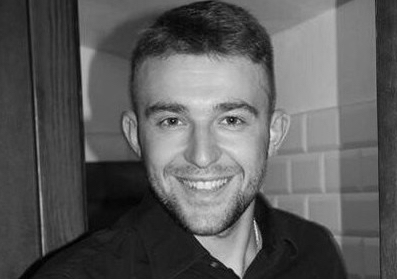 Author: Serg Dum
For almost three years, I have been devoted to working as a Chief Content Editor at King Billy Casino