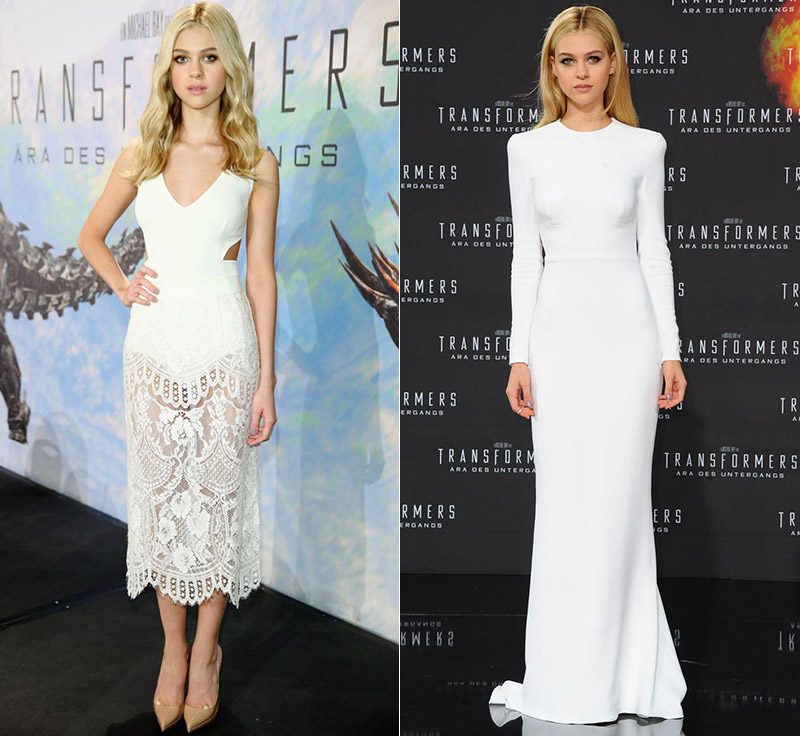 Peltz was seen at the premiere of her film at Sony Centre in Berlin, Germany wearing a long, backless white gown from Stella McCartney’s Spring 2015 collection. The gorgeous, form-fitting gown features a crewneck with long sleeves, perfect for the fresh-faced star’s slim figure.

The next day, the 19-year old actress was seen wearing Stella McCartney again at a press conference for her film in Berlin, Germany. This time, she opted for a sheer ivory Stella McCartney bodysuit with a sheer Dolce & Gabbana skirt with delicate lace detailing. 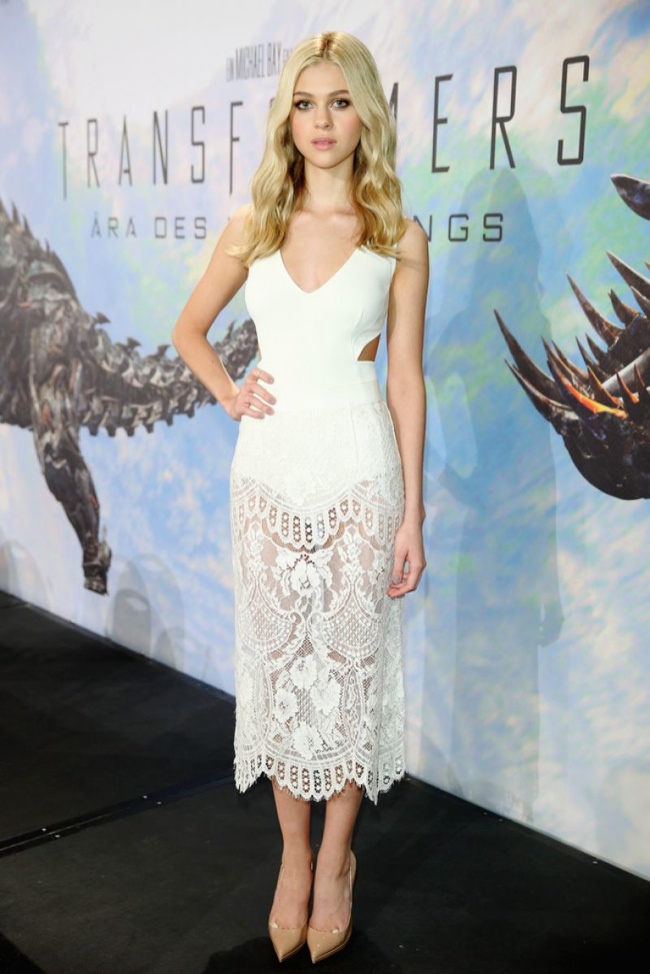 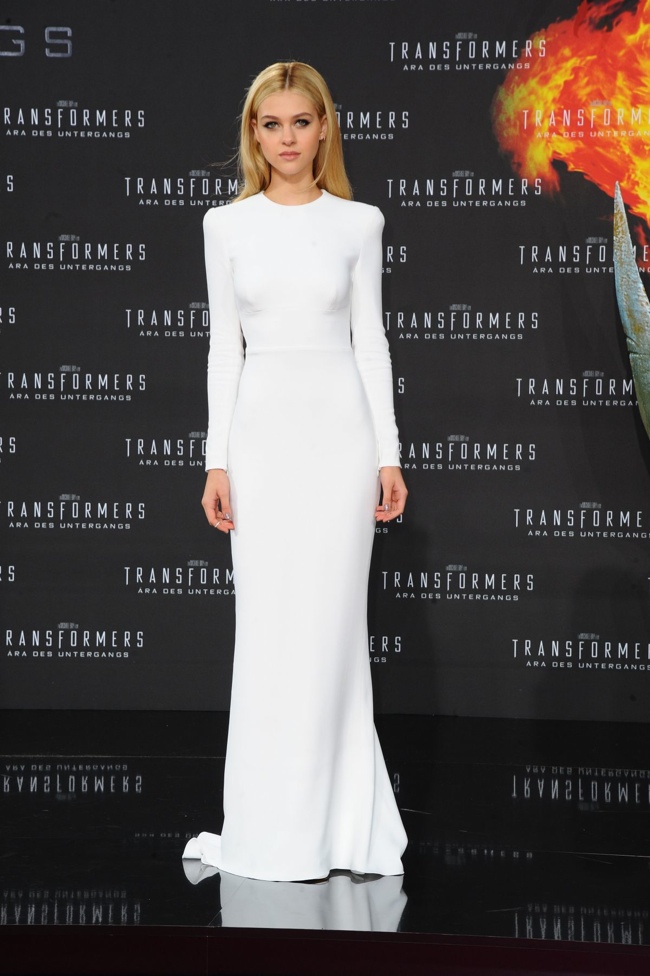