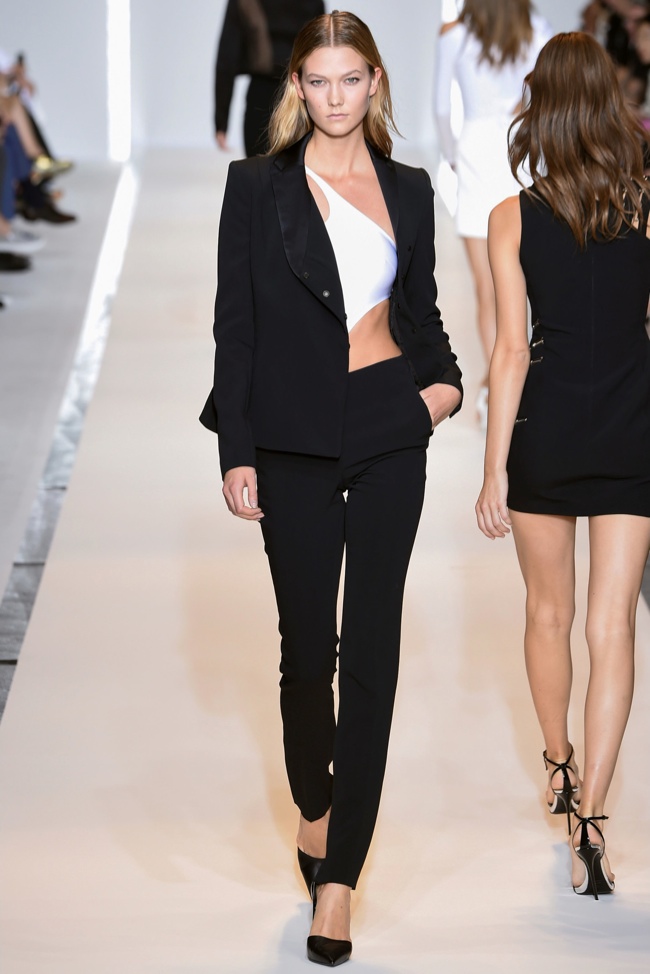 Mugler Spring 2015–Following up the departure of Nicola Formichetti, Georgian-born designer David Koma was tapped as the new artistic director of Mugler. For his debut, spring-summer 2015 collection, Koma paid homage to the house’s codes of structure and shape with a pared down look which went more body con and bombshell than previous seasons.

With a cast featuring top models like Karlie Kloss, Liu Wen and Georgia May Jagger; the outing offered slim-fit tuxedo suits, form-fitting dresses with unexpected cutouts and crop tops trimmed with glinting metallic. Overall, it was a strong effort from Koma. Clean and elegant but still striking a balance between sexy and modern all while stamping his own signature on the brand.