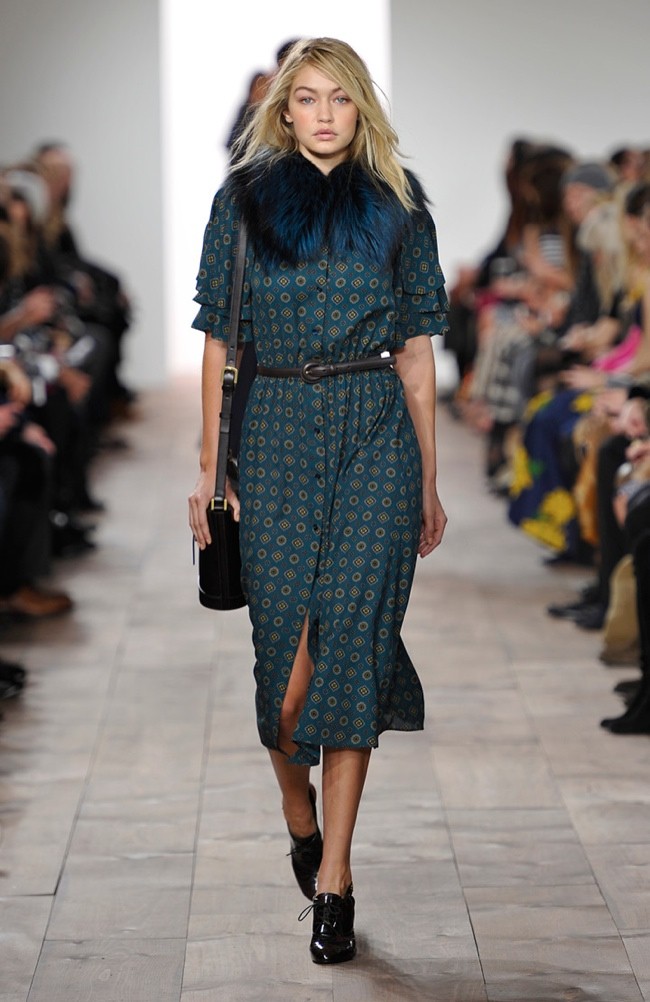 For his fall-winter 2015 collection, Michael Kors borrowed from the boys. The American designer offered his own take on suiting for women as well as embracing more masculine prints for the new season paired with oxford shoes. But it was not all about menswear after all, Kors introduced opulence with furs, feminine ruffles and gold accents. The cast featured some of modeling’s hottest faces right now including Gigi Haidd, Kendall Jenner and Karlie Kloss—who closed the show in glittering long-sleeved dress with a keyhole slit.