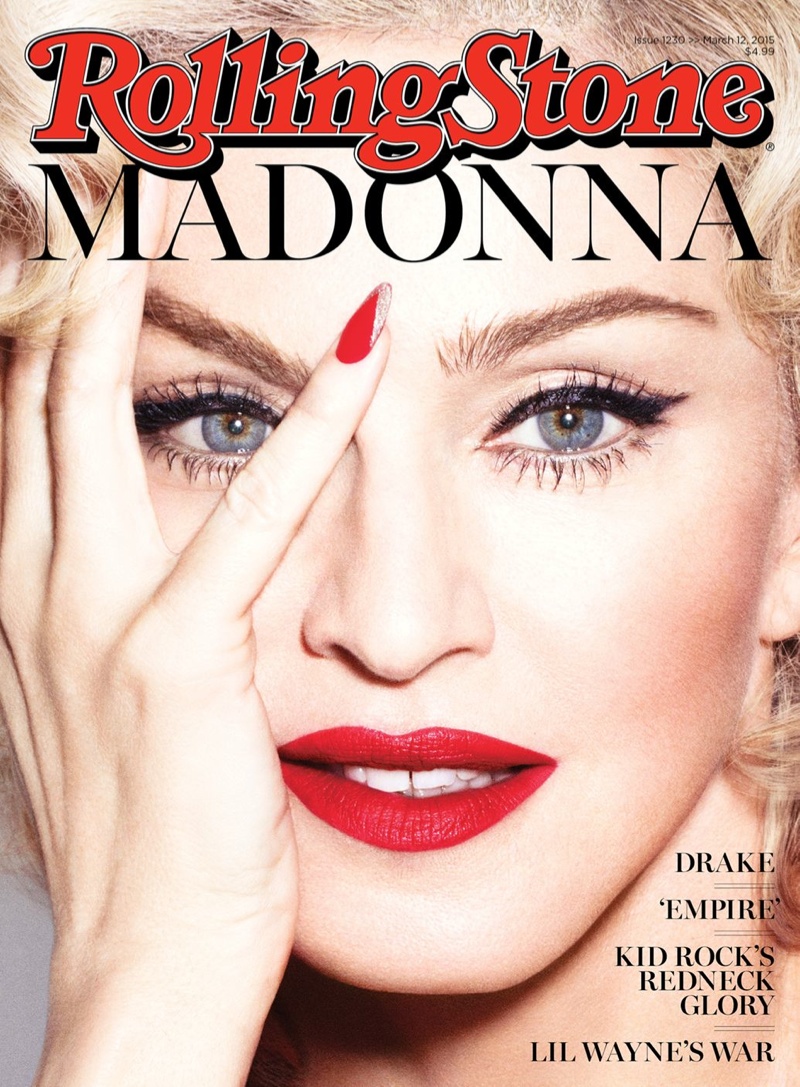 Pop superstar Madonna graces the March 12, 2015, cover of Rolling Stone Magazine in a close-up shot snapped by Mert & Marcus. Wearing red lips, a cat-eye and a red manicure, the singer opens up about her real feelings about Lady Gaga, Kanye West and more.

“I don’t think she wants my crown,” Madonna says about Gaga. “We live in a world where people like to pit women against each other. And this is why I love the idea of embracing other females who are doing what I’m doing. . .The only time I ever criticized Lady Gaga was when I felt like she blatantly ripped off one of my songs [referring to the comparisons of “Born This Way” and “Express Yourself”]. It’s got nothing to do with ‘she’s taking my crown’ or ‘she’s in some space of mine.’ She has her thing. I do think she’s a very talented singer and songwriter. It was just that one issue.”