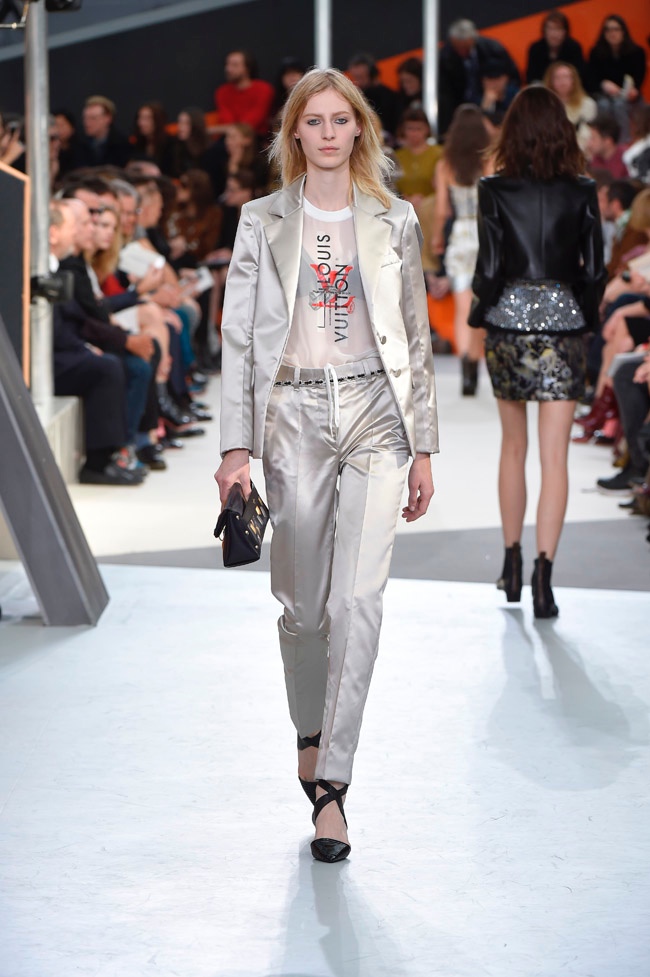 A year after his debut as Louis Vuitton’s artistic director, designer Nicolas Ghesquière has traded in the 1970s-inspired kick he has been on for something more modern at the brand’s fall-winter 2015 collection. Offering up a selection of wearable looks with futuristic details like puffy sleeves or metallic fabrics, the Louis Vuitton woman is as fashion forward as she is down to earth.

Big, volume-filled fur jackets opened the show in white and black with bags, likewise, featuring fur treatments. There were also handbags disguised as trunks with diamond-cut Plexiglas. While ribbed knitwear designs featured structural finishes for a ‘Star Trek’ take on the simple sweater. On the more casual side, a sheer Louis Vuitton tee worn by model Julia Nobis will no doubt be a must-have piece of the season. In an effort to balance art and commerce, Ghesquière created an outing that managed to do both.