Related: Liu Wen is Tomboy Chic for Next

In addition to the stunning makeup and hairstyles, she also poses in the romantic designs of Alexander McQueen, Marchesa and Tom Ford amongst others styled by Florrie Thomas. Hair stylist Nicholas Jurnjack worked on Liu’s impeccable hair while makeup artist Christian McCulloch gave her looks that pop. 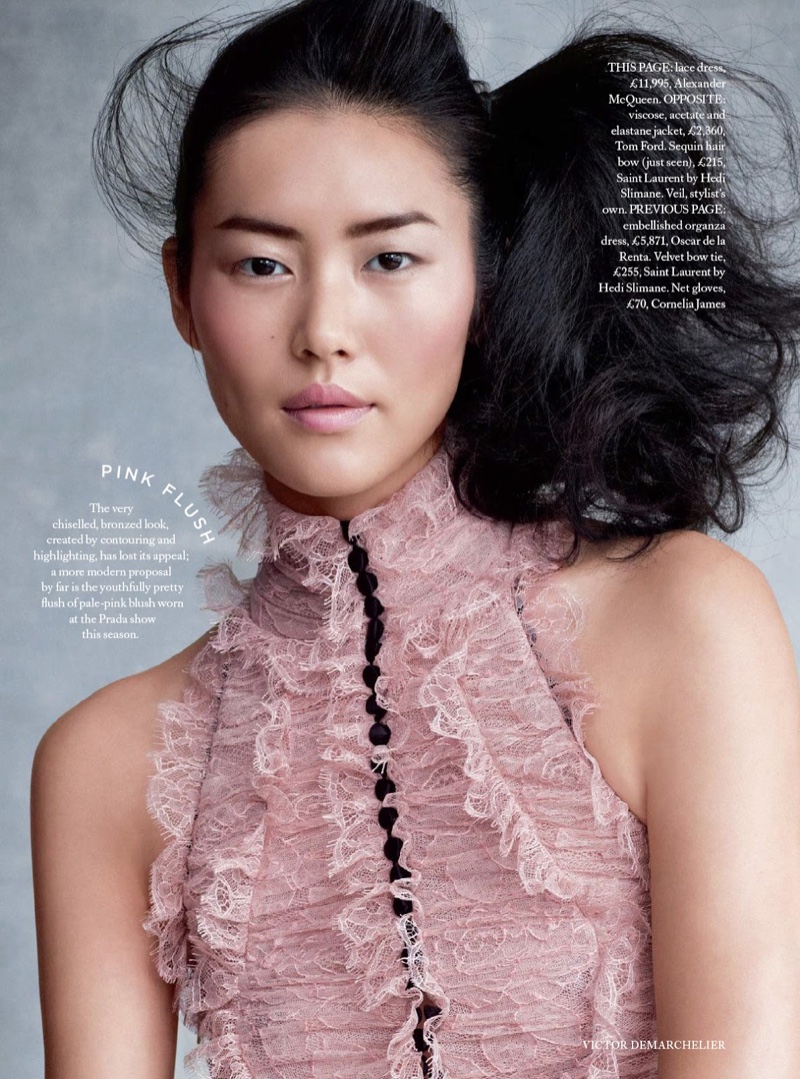 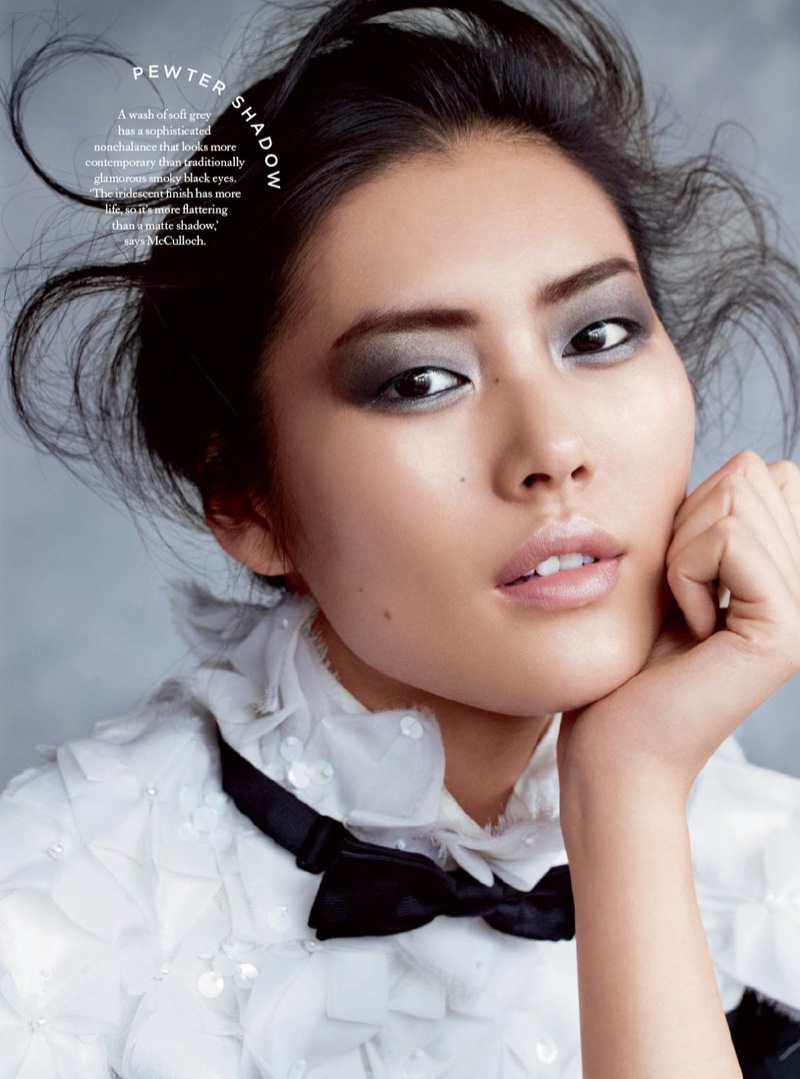 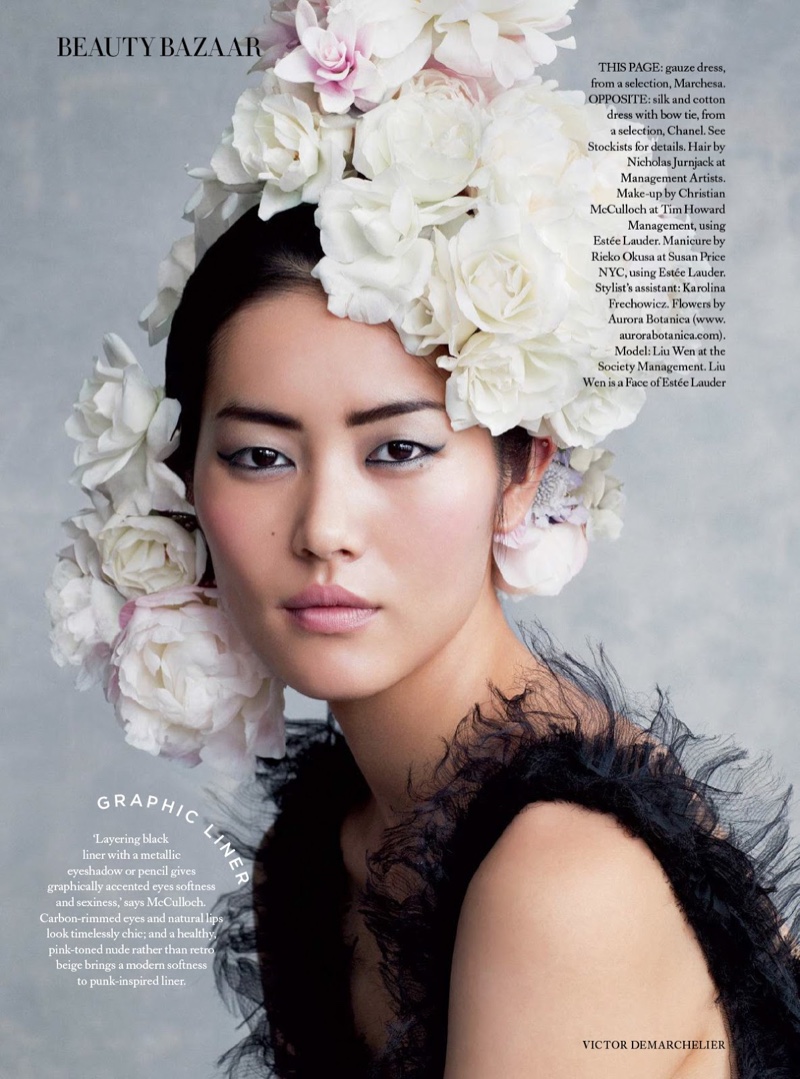