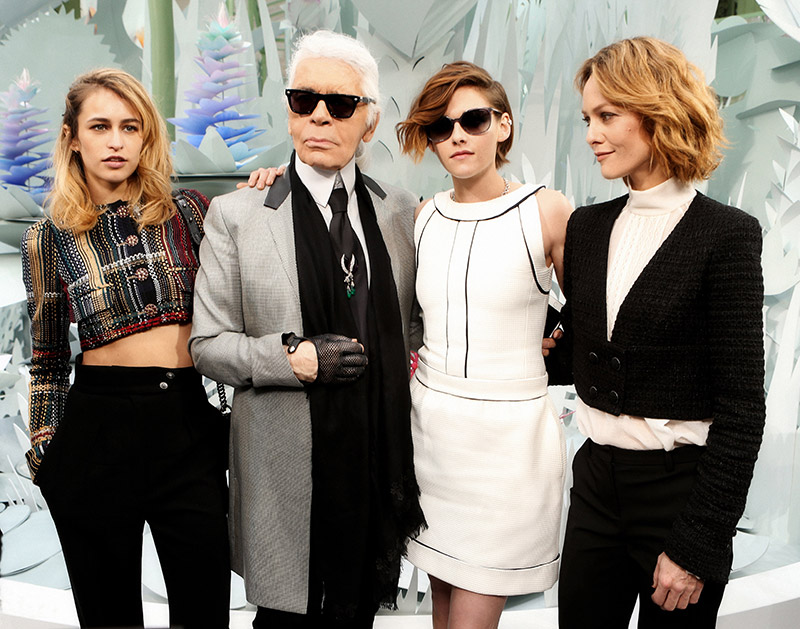 Chanel taps noted stars Kristen Stewart, Vanessa Paradis and Alice Dellai for an upcoming handbag campaign set to be released in April 2015. The images will be shot by Karl Lagerfeld. All three of the woman have all previously starred in advertising shoots for the French fashion house.