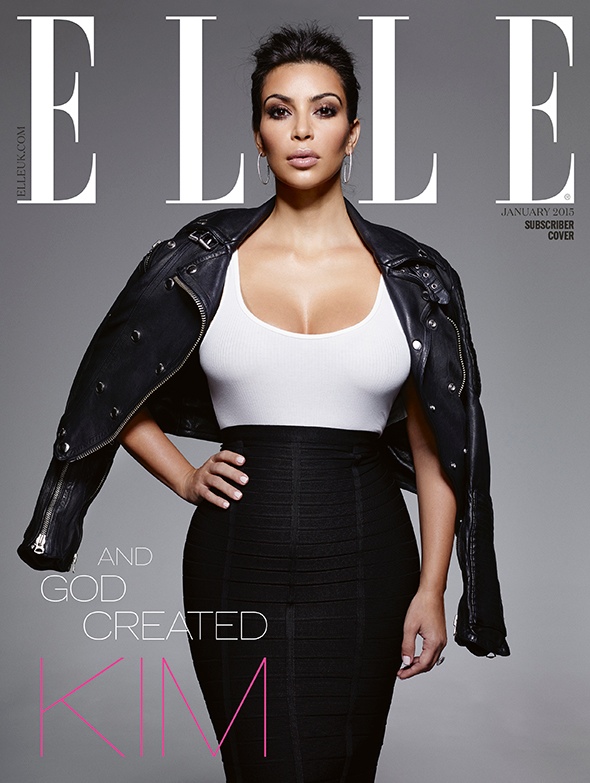 Kim Covers Up for ELLE UK–Not even two weeks before her infamous Paper Magazine cover shoot, Kim Kardashian puts on some clothes for the January 2015 cover of ELLE UK. The magazine has the reality star on three covers in total with two on the newsstands and one as the subscribers cover. Kim poses for Jean Baptiste Mondino while wearing looks from top designer labels including Balmain, Louis Vuitton and Burberry. 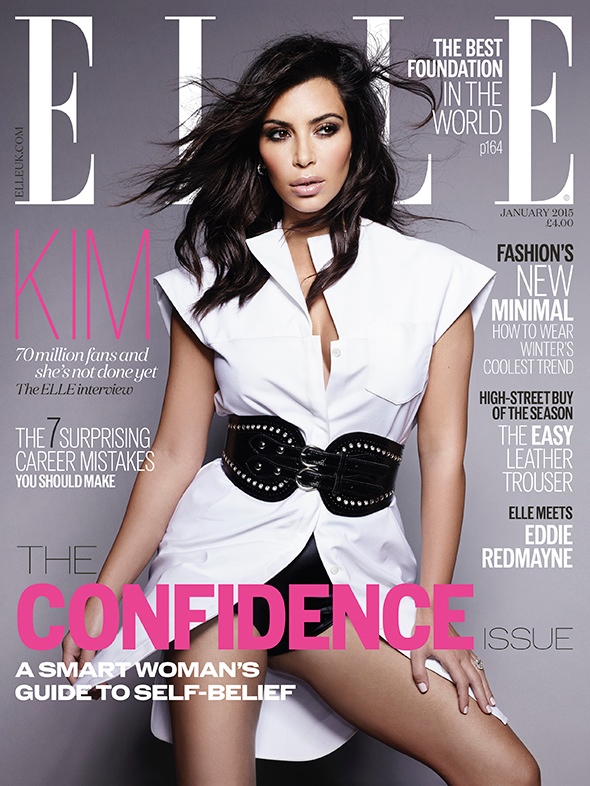 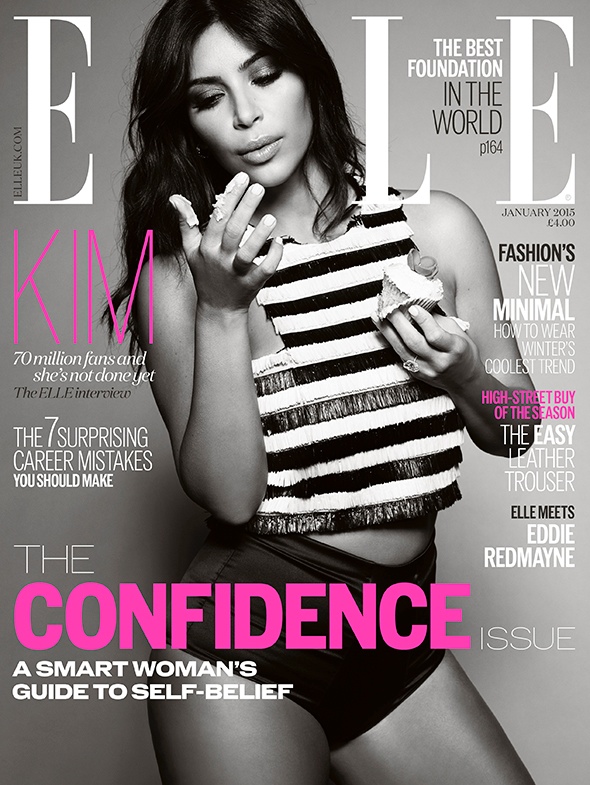