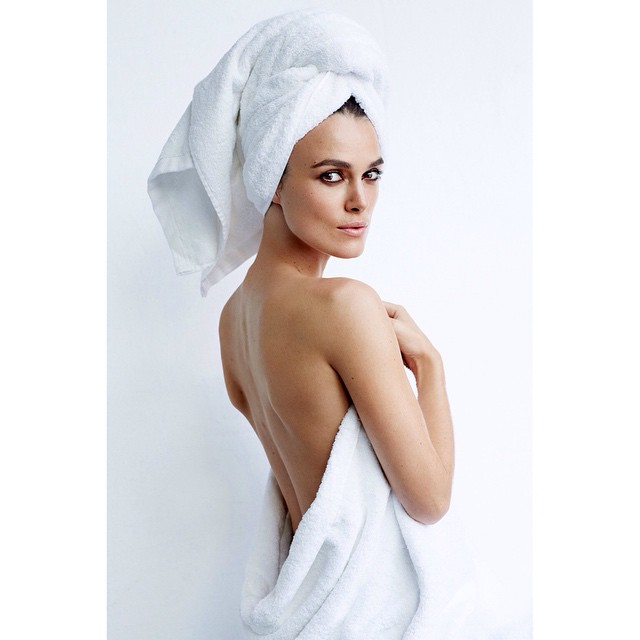 Keira Strips for Testino’s Towel Series–Marking his 50th image in the set, fashion photographer Mario Testino has shared an image of actress Keira Knightley for his “Towel Series”. The Instagram series features mostly models, but famous stars like Miley Cyrus have also been included. In the image, Keira reveals her back draped in a white towel while she wears a towel over her hair. The English actress recently appeared on the November cover of Glamour UK where she was a bit more clothed.