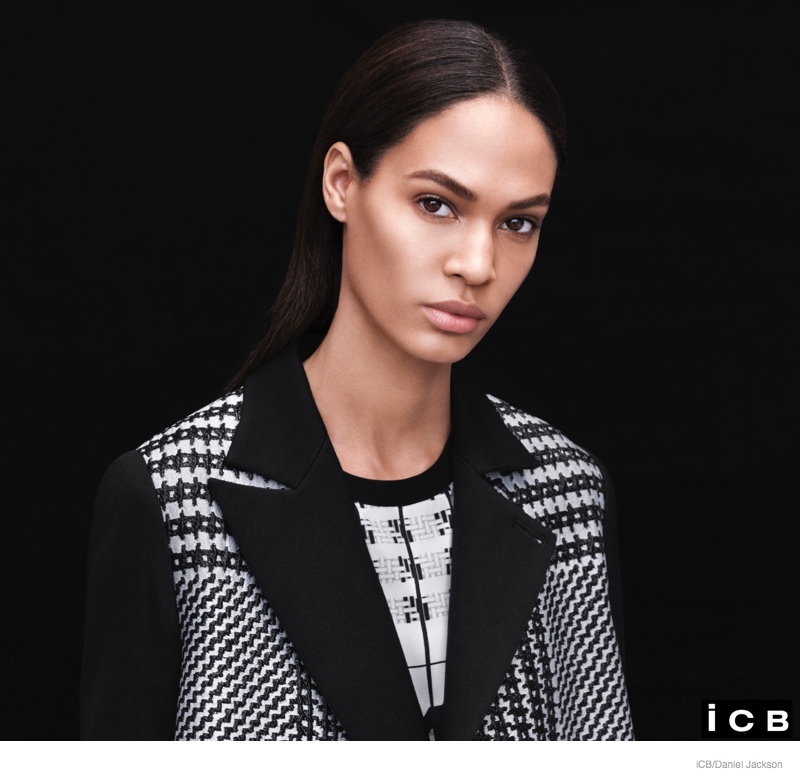 Top model Joan Smalls returns for a second season as the face of iCB, appearing in the brand’s fall-winter 2014 ad campaign. The Puerto Rican beauty is spotted in creative director Prabal Gurung’s graphic prints inspired by vintage game devices but made modern for today’s girl. Daniel Jackson photographed the campaign with styling by Tiina Laakkonen with clothing focused on graphic patterns including 3D houndstooth in black, white and grey. 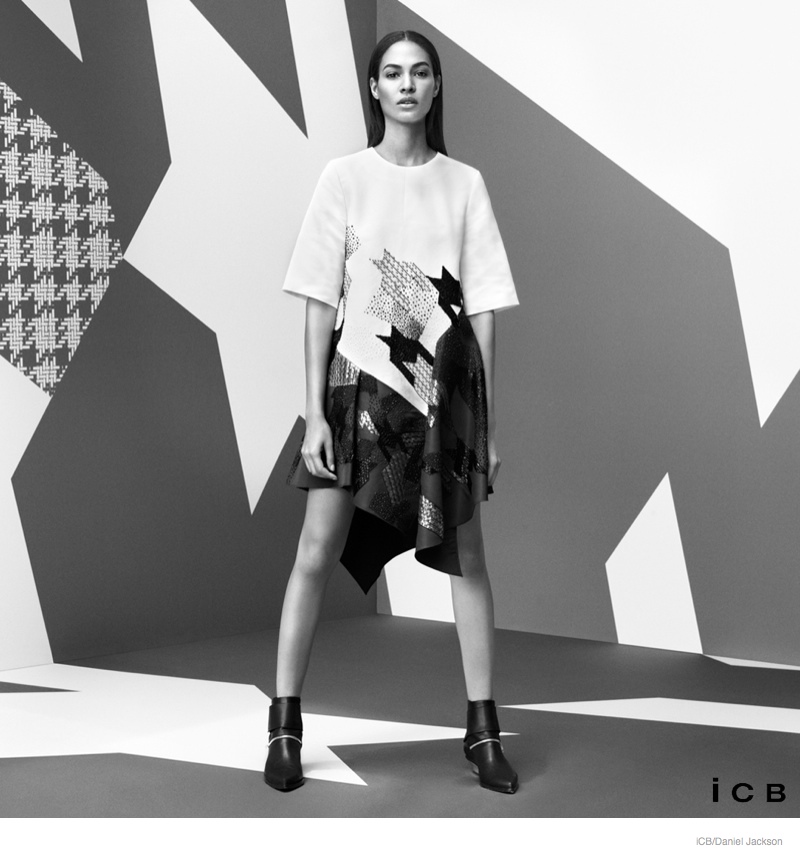 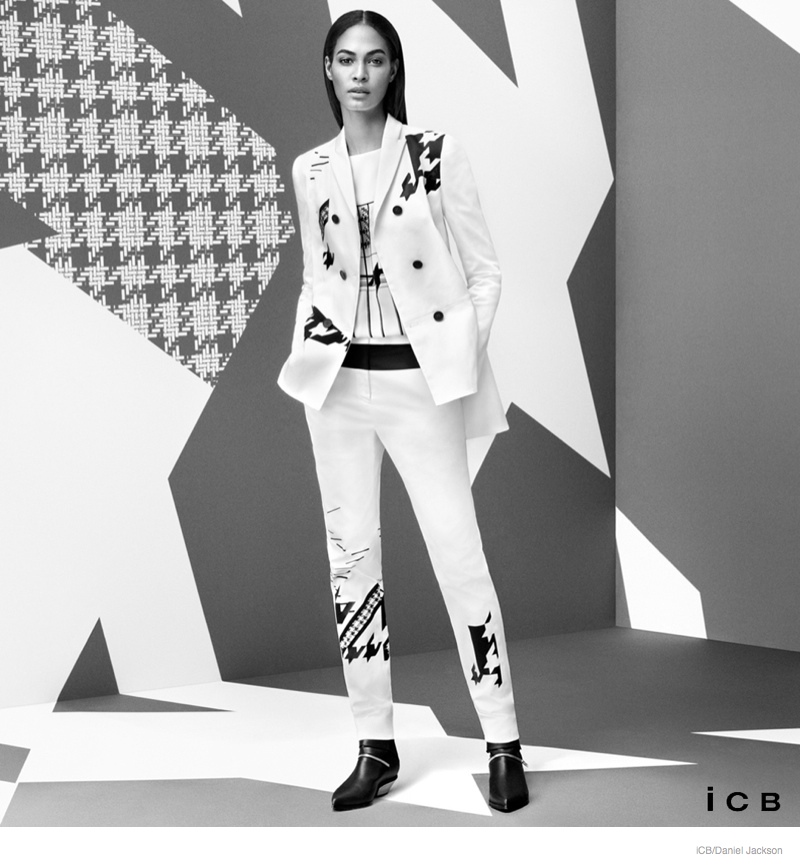 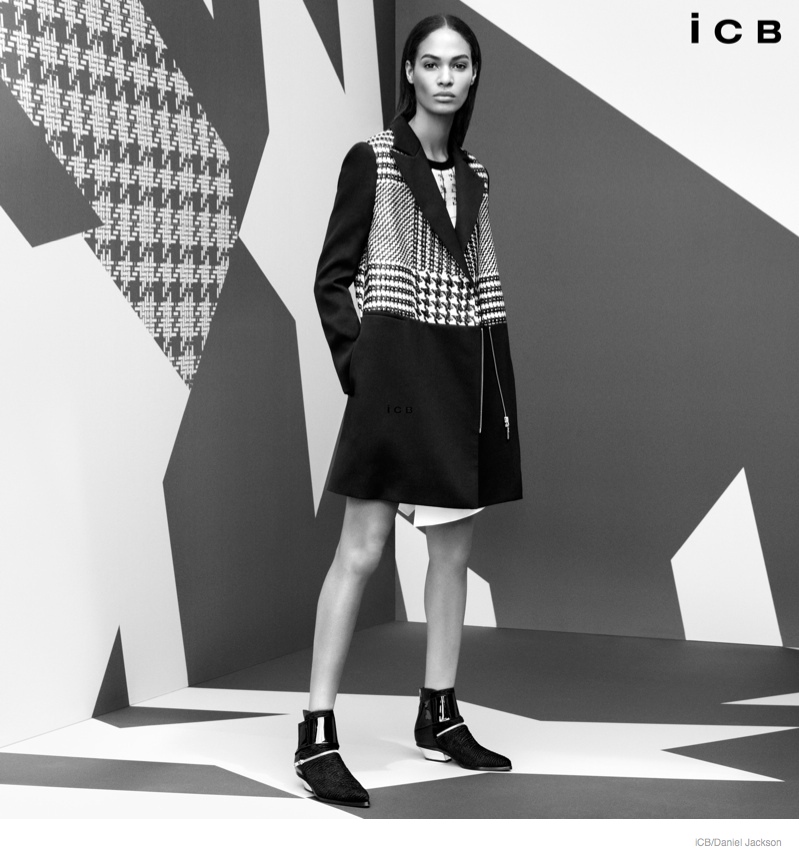 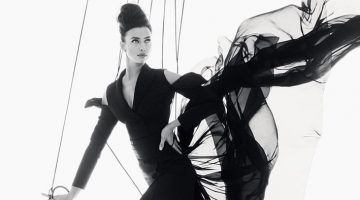