You are here: Home / Celebrity / Jessica Chastain is All Smiles on Variety Cover, Poses with Mark Ruffalo 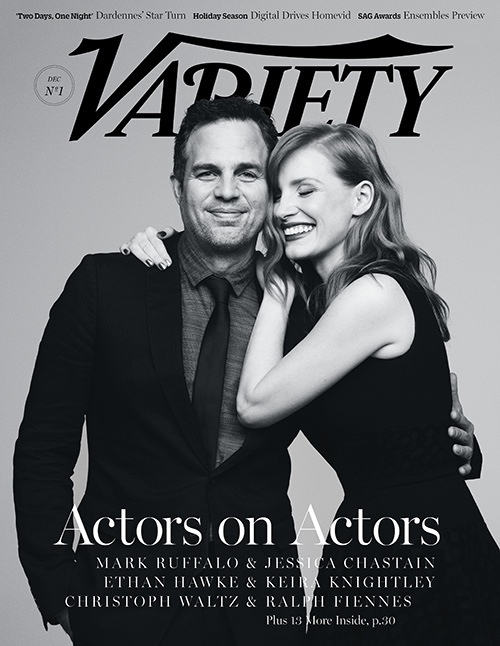 The December 2014 cover of Variety taps Jessica Chastain and Mark Ruffalo. The two actors flash smiles in the black and white image photographed by Ben Hassett. In an interview for the magazine, the two talk about the importance of rehearsing. Chastain tells Ruffalo, “For me, rehearsal isn’t about going over the scene over and over again; it’s about going through the script as who I am — not as the character — and saying, what does this line mean and how long have we known each other?” 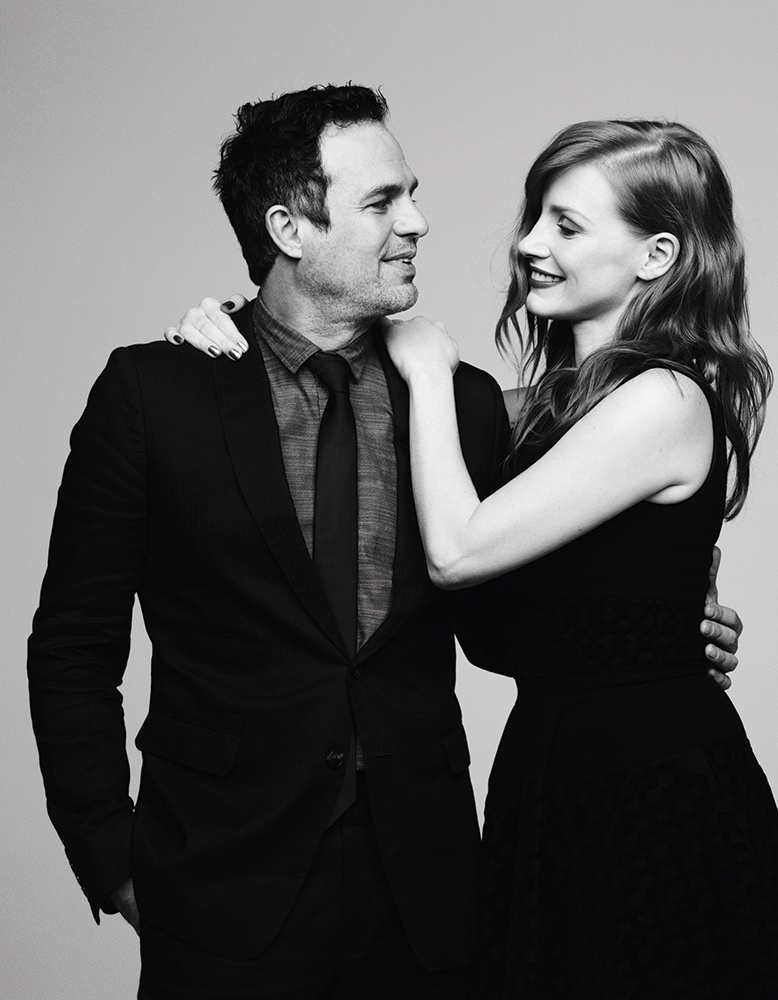