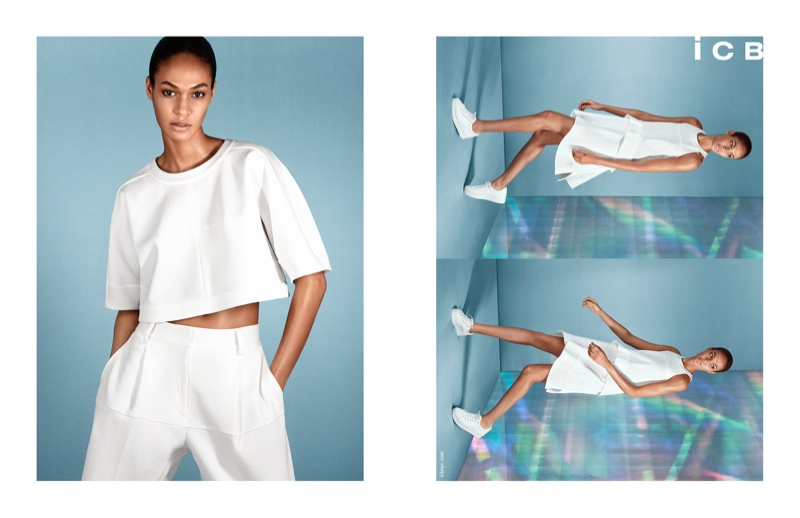 Joan for iCB–Marking his fourth season as creative director of iCB, Prabal Gurung enlists leading model Joan Smalls (who appeared in his brand’s spring ’13 ads) for the spring-summer 2014 campaign from the label. The advertisements are inspired by the holographic materials of the new line with a focus on fluorescent light work influenced by the creations of Dan Flavin. Daniel Jackson captures Joan in a set of sleek, studio images while stylist Tiina Laakkonen styles the Puerto Rican beauty in crisp whites and techno materials. 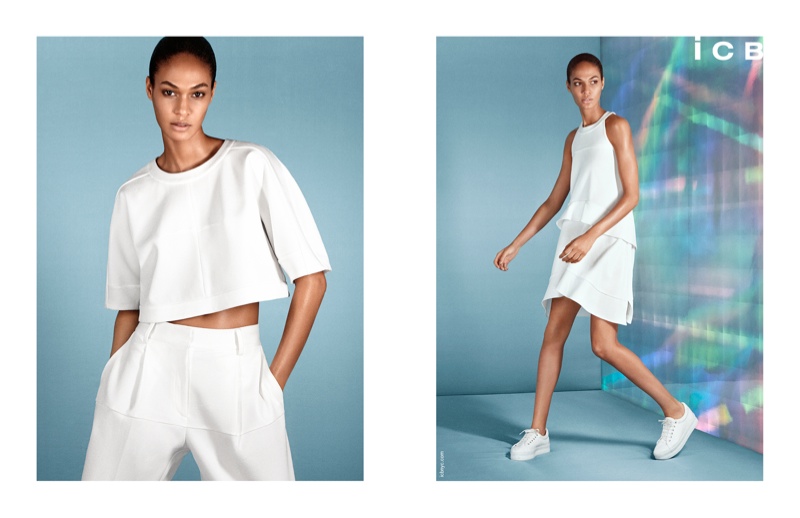 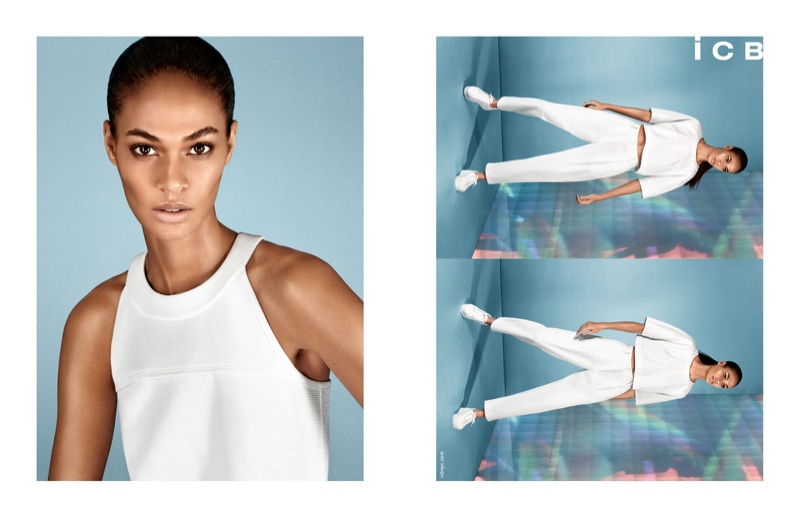 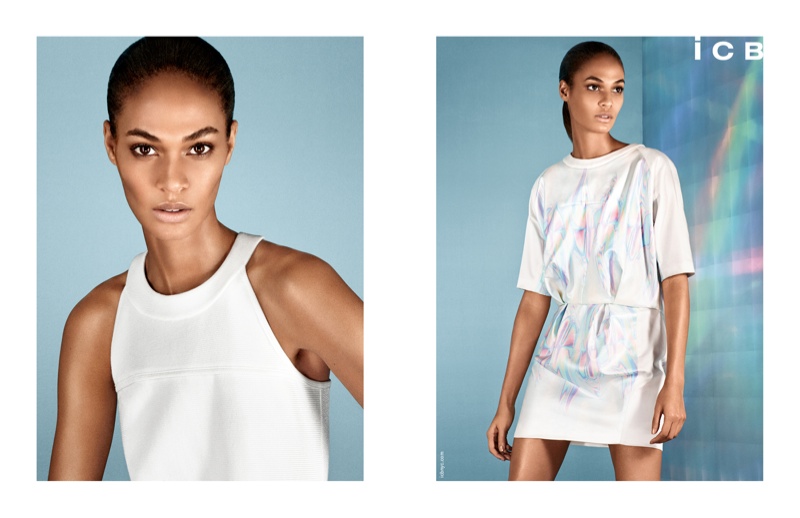