You are here: Home / Fashion / Campaign / TBT | Gucci’s Fall 2008 Campaign is the Best of Bohemian Glam 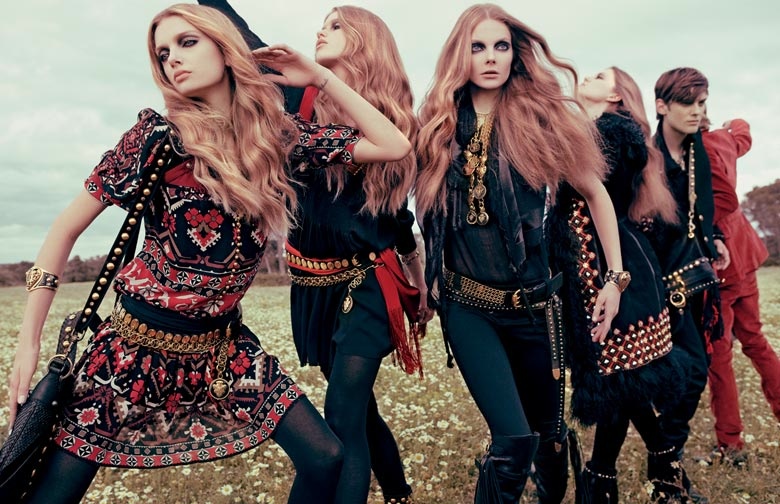 Throwback Gucci–For this week’s edition of Throwback Thursday we take a look back at Gucci’s fall 2008 campaign. The images evoke a Woodstock, bohemian vibe for not only the outdoors setting, but also the stud embellished clothes, fringe handbags and worldly prints. The advertisements were photographed by Inez van Lamsweerde and Vinoodh Matadin and starred Abbey Lee Kershaw (who would later go on to front multiple Gucci campaigns, most recently for the fall 2013 season), Lily Donaldson, Eniko Mihalik, Kasia Struss, Ksenia Kahnovich and more models.

Bonus! Check out a behind the scenes video of the shoot below. 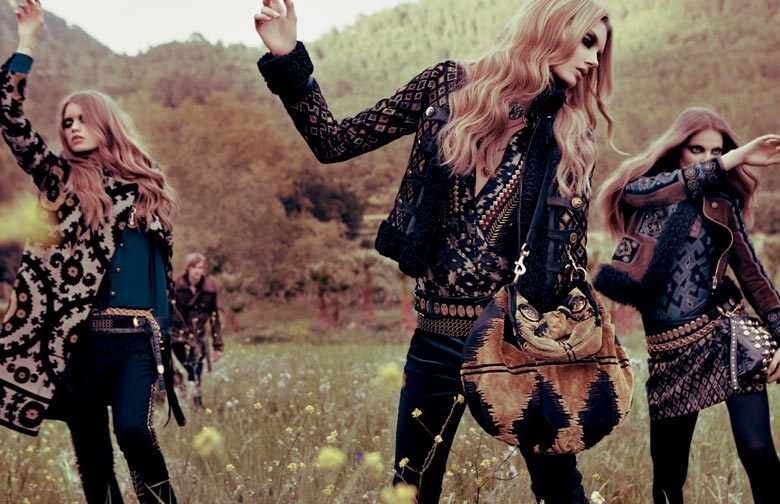 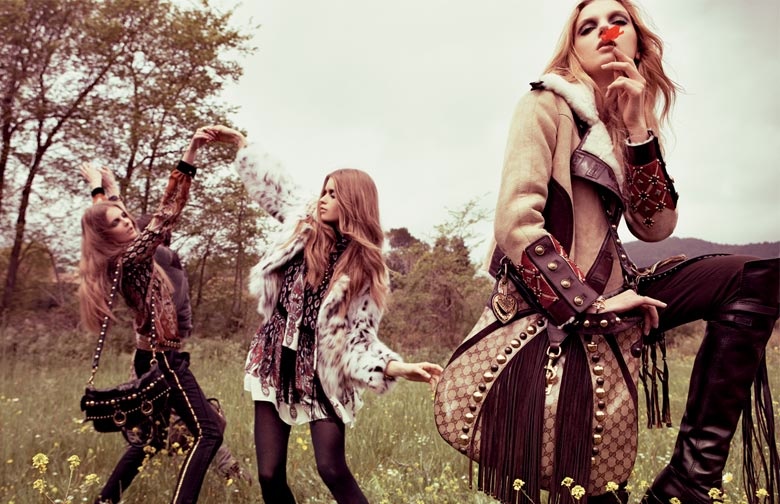 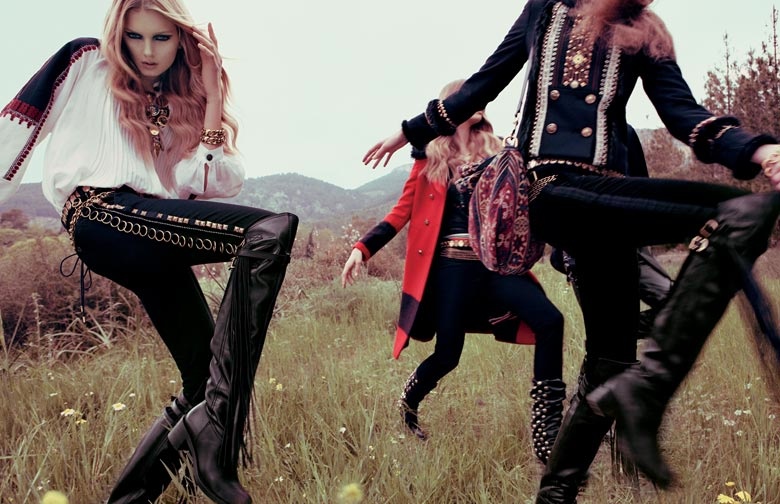 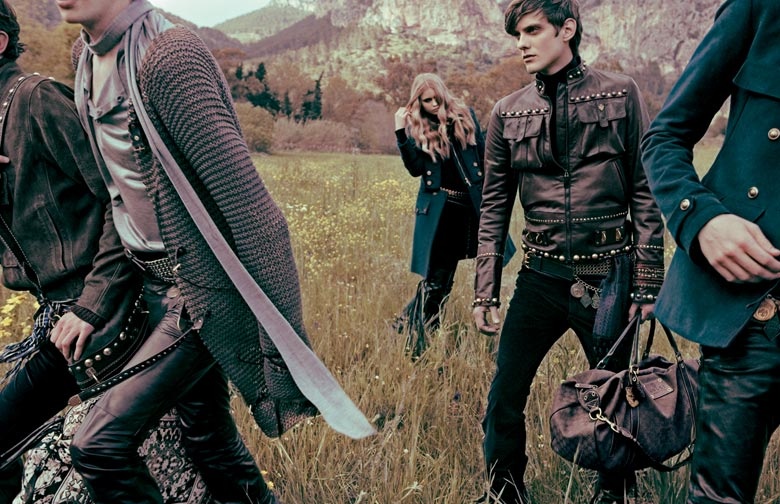 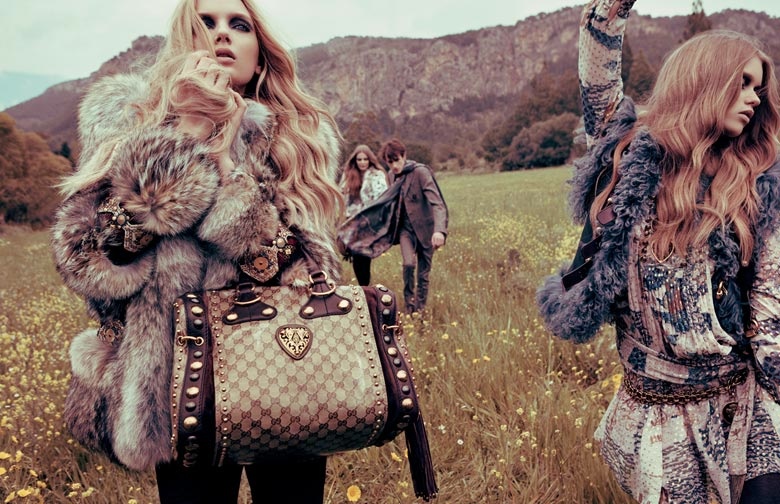