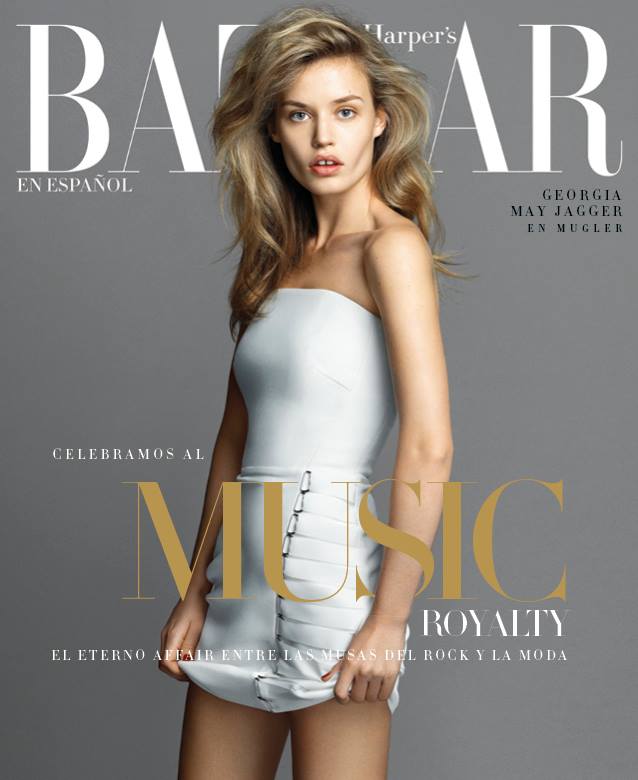 Georgia May on Bazaar Mexico–Looking angelic in a white Mugler dress, Georgia May Jagger grace the December 2014 cover of Harper’s Bazaar Mexico. The image was photographed by Nico and features the British model with what looks like minimal makeup and teased, bedhead tresses. Georgia May, who is the face of Mugler’s “Angel” fragrance poses with an open-mouthed expression in the image. 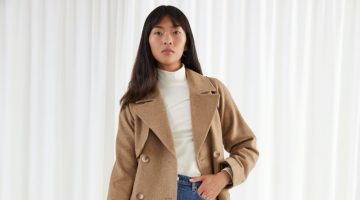