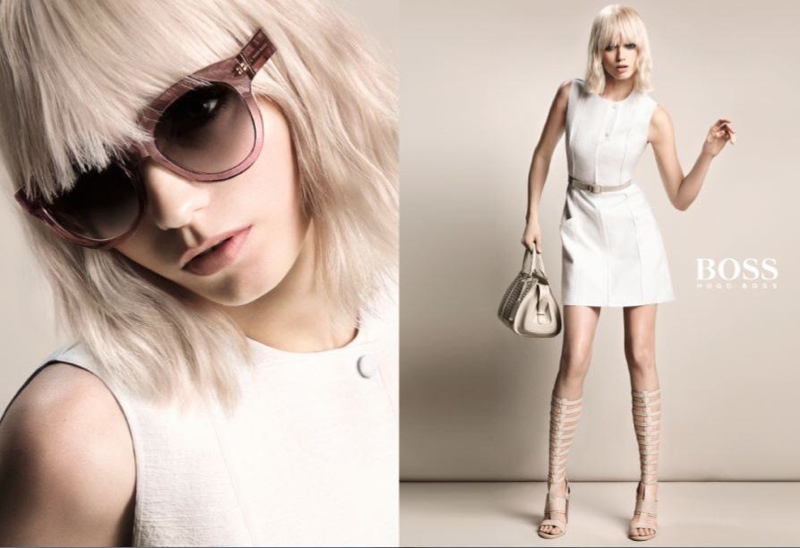 Hugo Boss Spring 2015 Previewed–The spring-summer 2015 campaign from Hugo Boss features the second outing from Jason Wu. The artistic director tapped Australian model and star of the upcoming “Mad Max: Fury Road” for the advertisements captured by Inez & Vinoodh. Via Yahoo!, we get a glimpse of the images where one sunglasses shot is juxtaposed with Abbey Lee modeling a handbag and mini dress in white.