Emporio Armani Underwear has enlisted top model Josephine Skriver for its spring-summer 2022 campaign. In a series of black and white photographs taken by Matthew Brookes, the Danish beauty poses for the camera in a pared down setting. She also joins male model Aleksandar Rusić in one shot.

She is dressed in lace bras, Brazilian-style briefs, and lounge-worthy separates with striped prints, all of which are styled by Giuseppe Sileo. The designs include branded bands, which played into the current fashion trend of logomania that has taken over the industry in recent years.

Luca Cianciolo creates Josephine Skriver’s minimal makeup look, while Claudio Belizario works on her slicked-back tresses. Soloprod is also involved in the production of the shoot. In addition to fronting advertisements, the model recently married Alexander DeLeon in a wedding ceremony held on April 3rd. 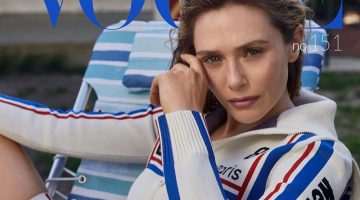