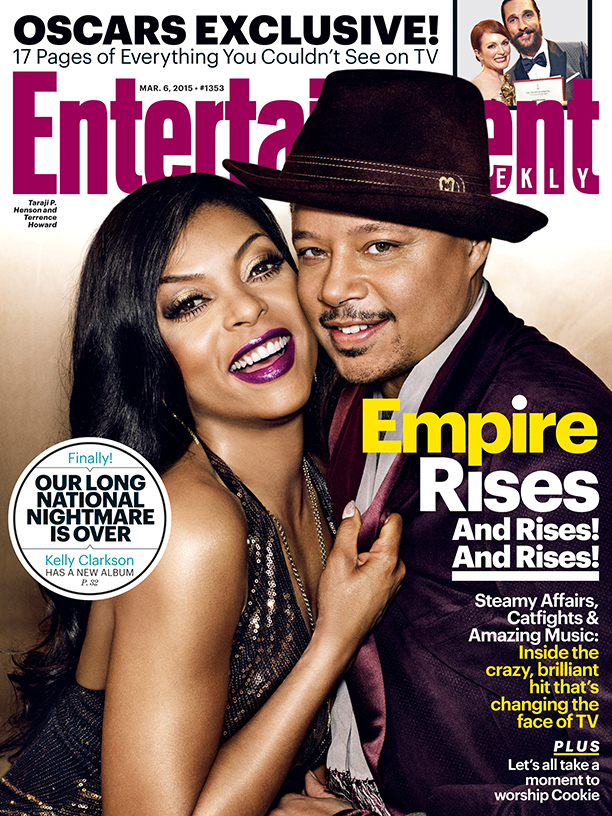 The hit FOX show ‘Empire’ has been leading in the ratings with its mix of musical and soap drama, and its two leads—Taraji P. Henson and Terrence Howard grace the March 6, 2015, issue of Entertainment Weekly. Photographed by Marc Hom, the pair is all smiles with Taraji wearing a glittering dress and Terrence donning a suited look. Howard (who plays Luscious Lyon) talks to the magazine about Empire’s success: “I thought it would take a couple years [to be a hit] and maybe get a little peak and then come back down,” Howard admits. “I didn’t know it would jump off from there. But now that such a huge audience has joined in to the dance and are following, I feel so responsible to keep them there.”