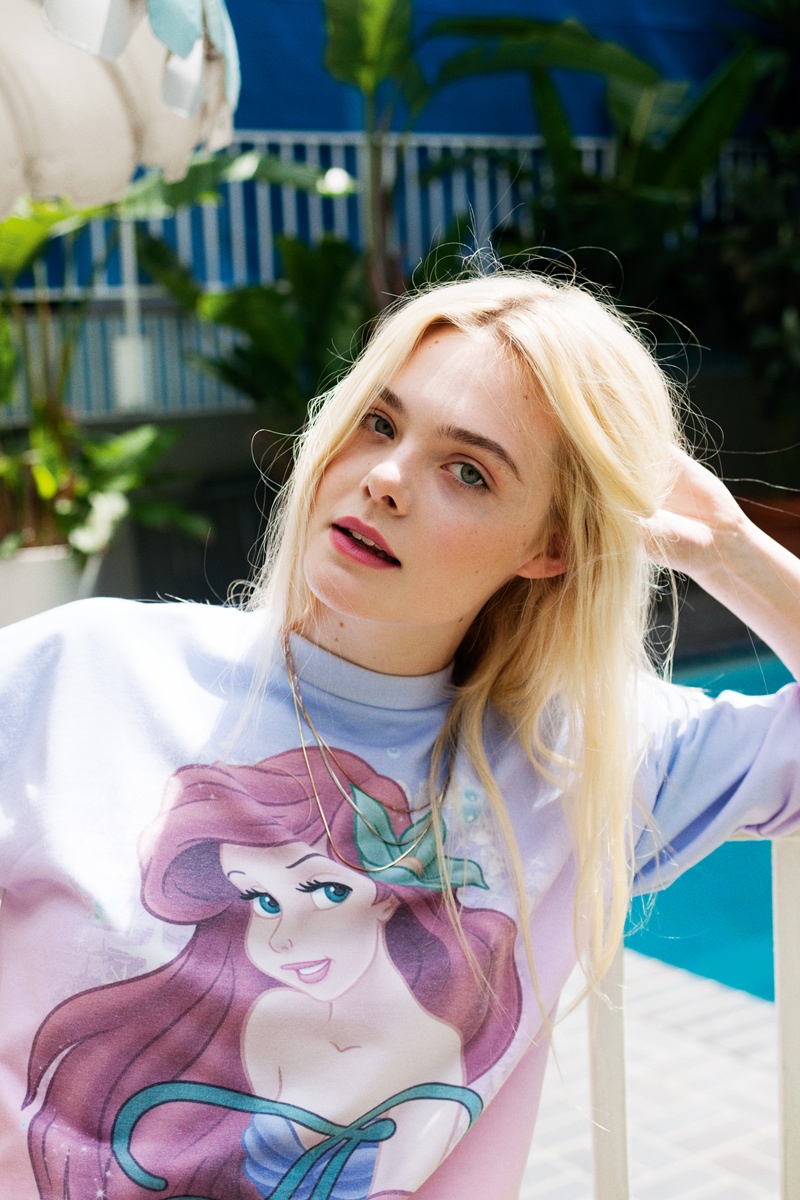 Elle for ASOS Magazine–Teenaged actress Elle Fanning stars in the July issue of ASOS Magazine, looking perfectly age appropriate in sweet pastels and girly prints. Michael Hauptman photographed the “Maleficent” (read our interview with the film’s costume designer) star posing poolside. In the magazine, Elle opens up about visiting London, knowing the super quotable Karl Lagerfeld and how her personal style has changed throughout the years.

On her relationship with Karl Lagerfeld:
“I’ve known him for a while…ever since he did a shoot with my sister when she was 12. He’s just so cool, such an interesting guy, with his fingerless gloves and his Diet Coke. The Chanel couture show was the first one I ever went to, so that was special to me. I remember sitting there with my mouth completely dropping.” 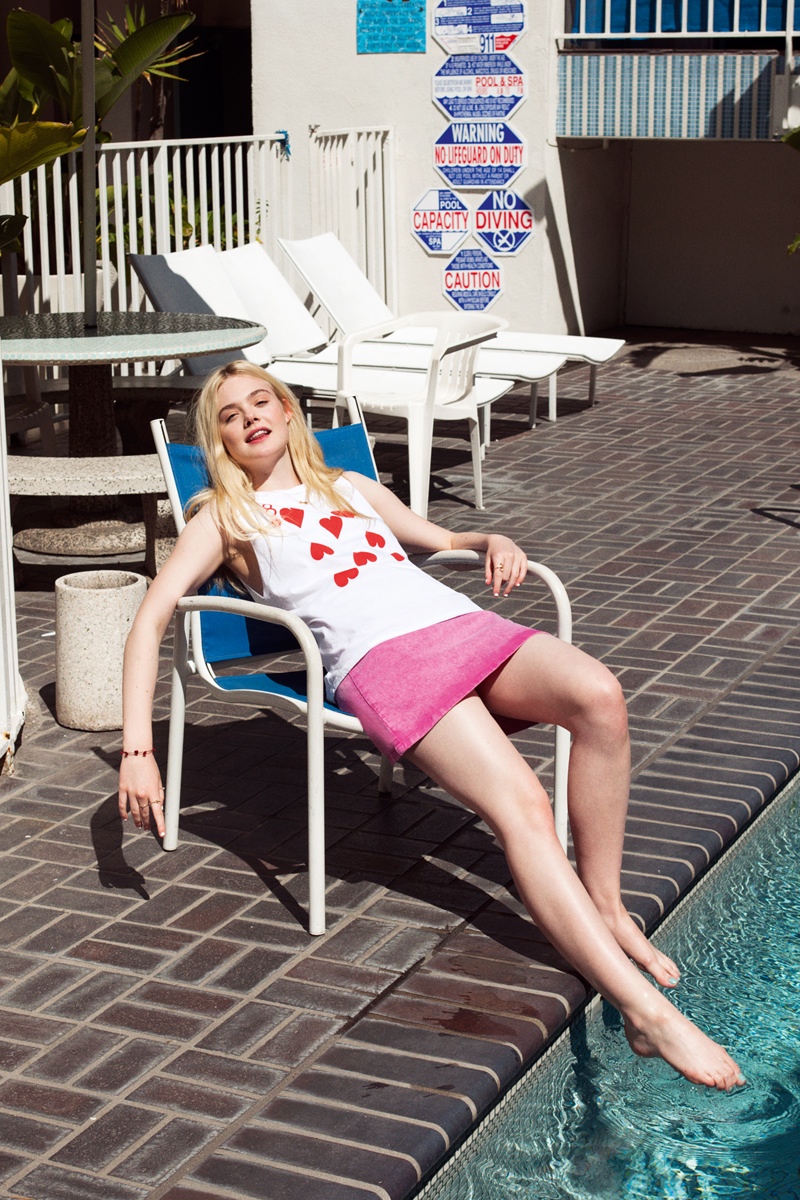 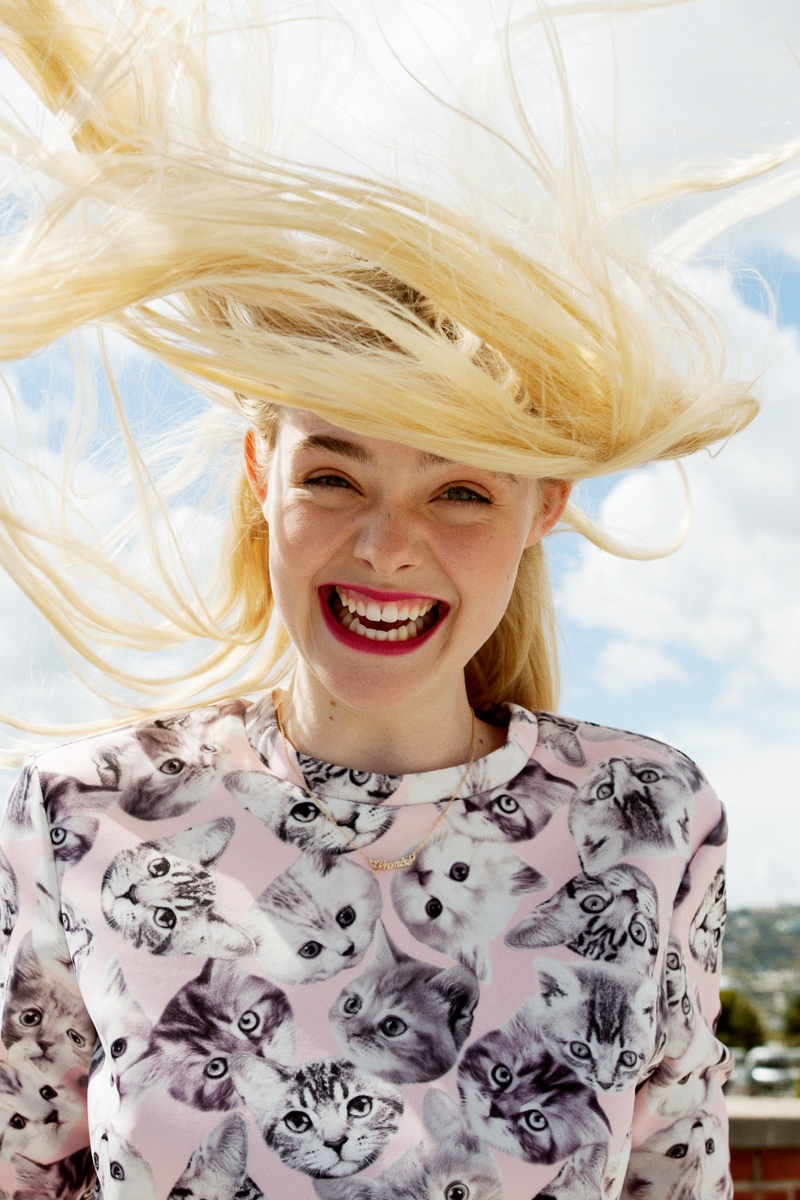 On being in London:
“I was basically there for a whole year…I loved it! I’m so used to L.A. weather, and the weather in London is so different, so you totally wear a new wardrobe…I love the vintage shopping too, especially at Rokit. In L.A., the vintage stores can be expensive and all very dressy, but in London it’s a bit more practical, a little more rugged and I like that.” 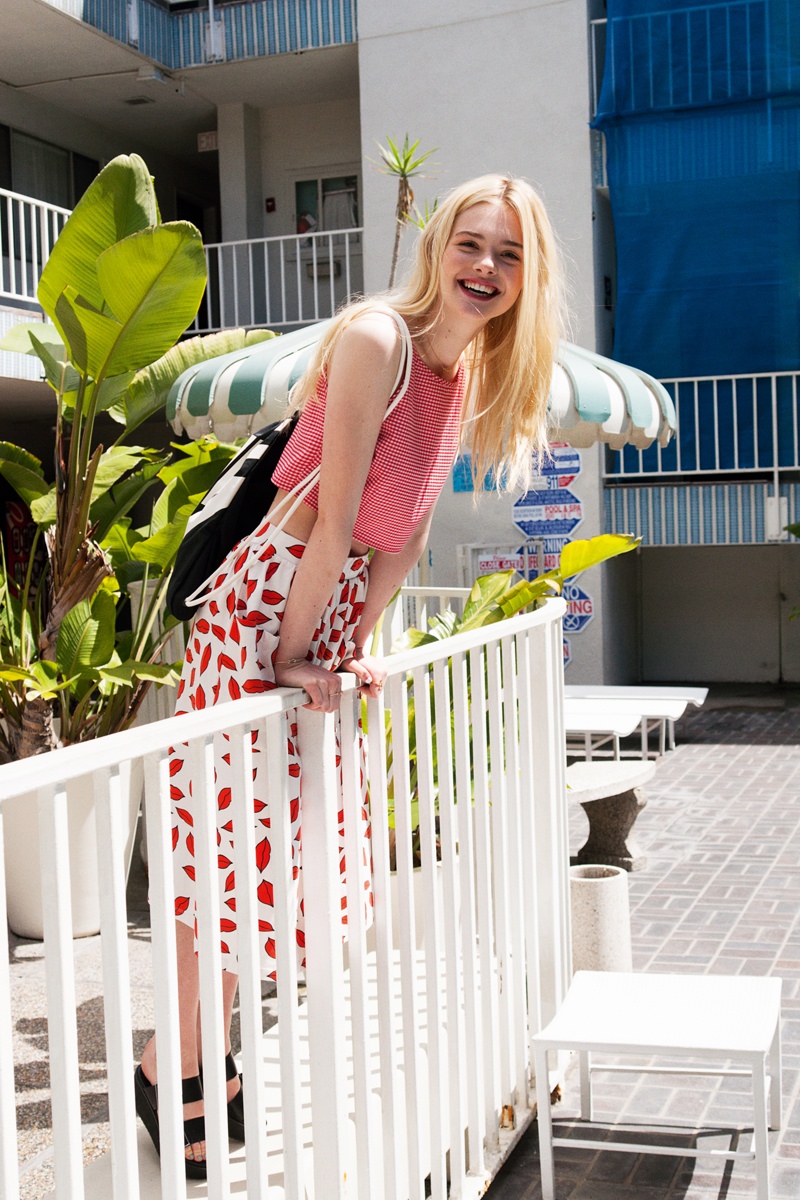 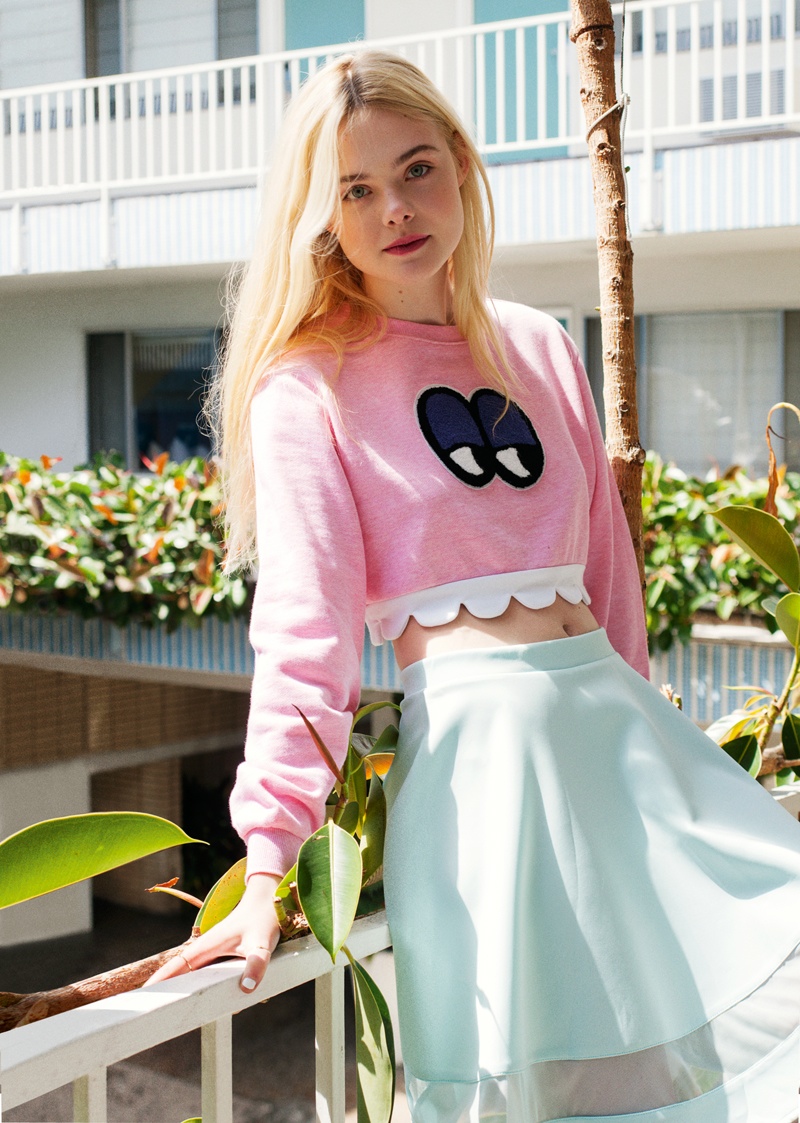 On meeting Beyoncé at the Met Ball:
“I met Beyoncé the first time I went…I was 13 and I was with my sister, who knew that I love Beyoncé so much and wanted to meet her. Dakota was talking to her and she introduced me, but I couldn’t really say anything. Beyoncé turned round and was glowing. She said ‘You look so cute!’ She was really cool.” 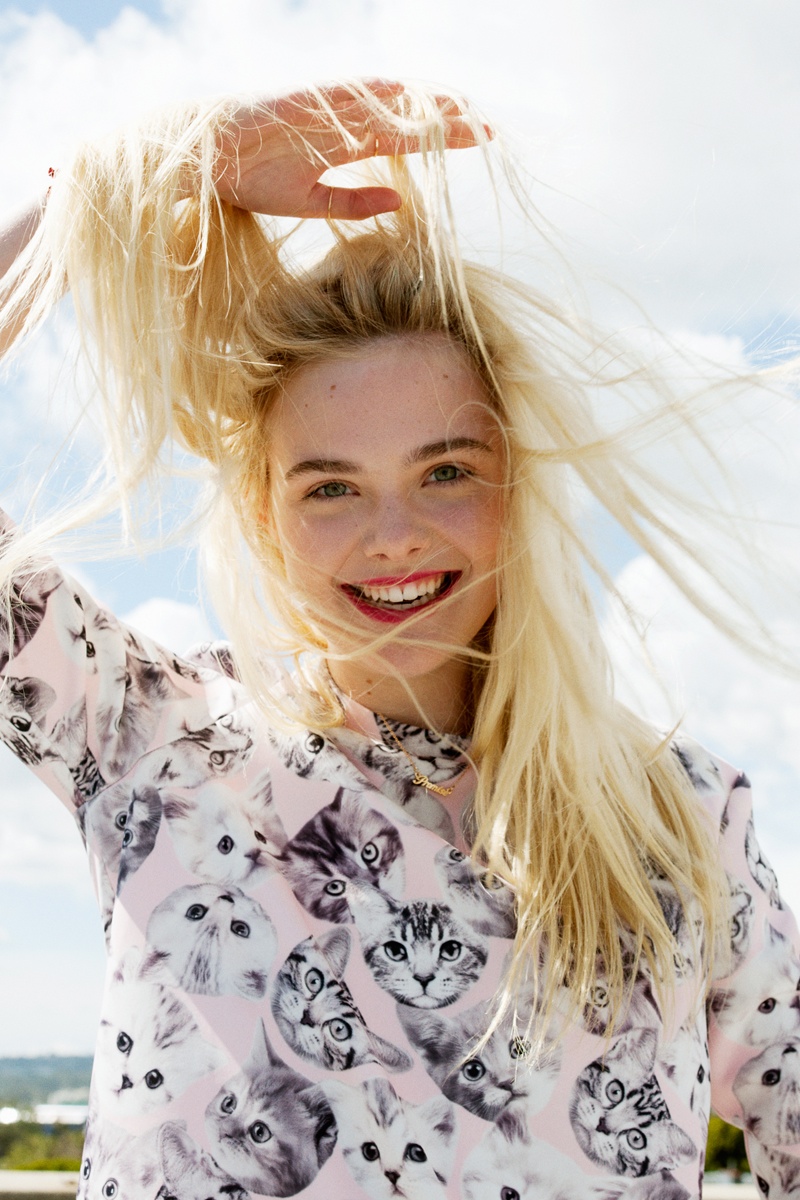 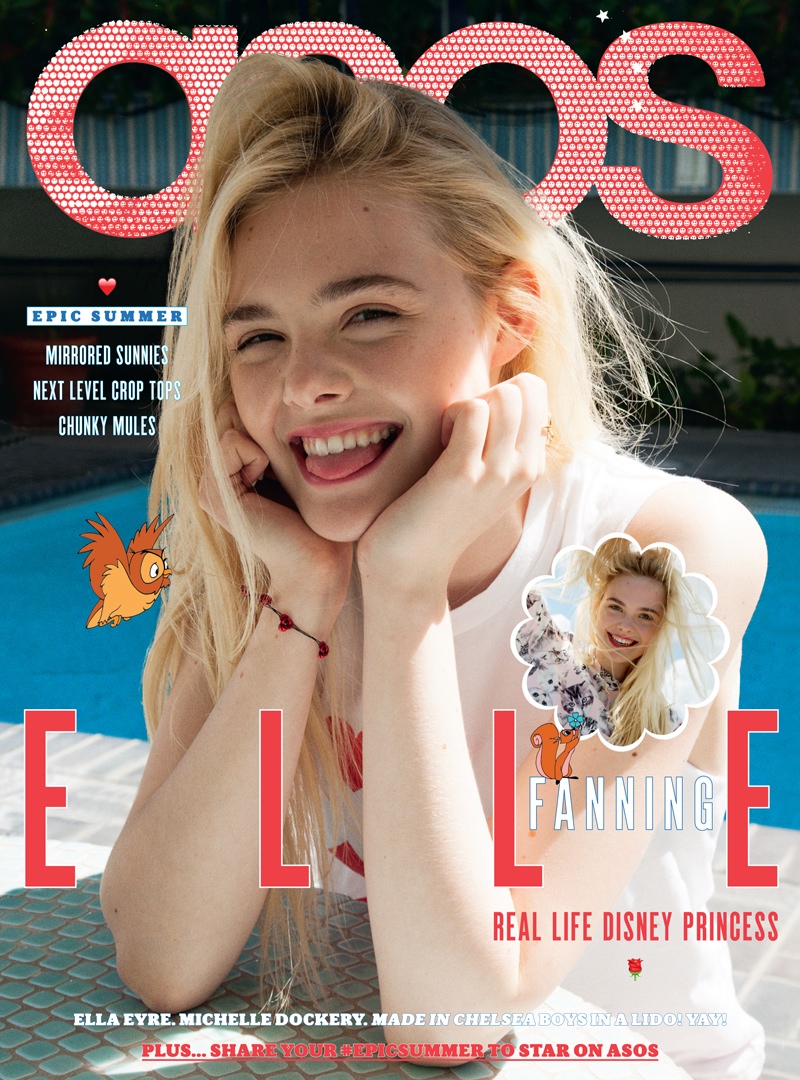