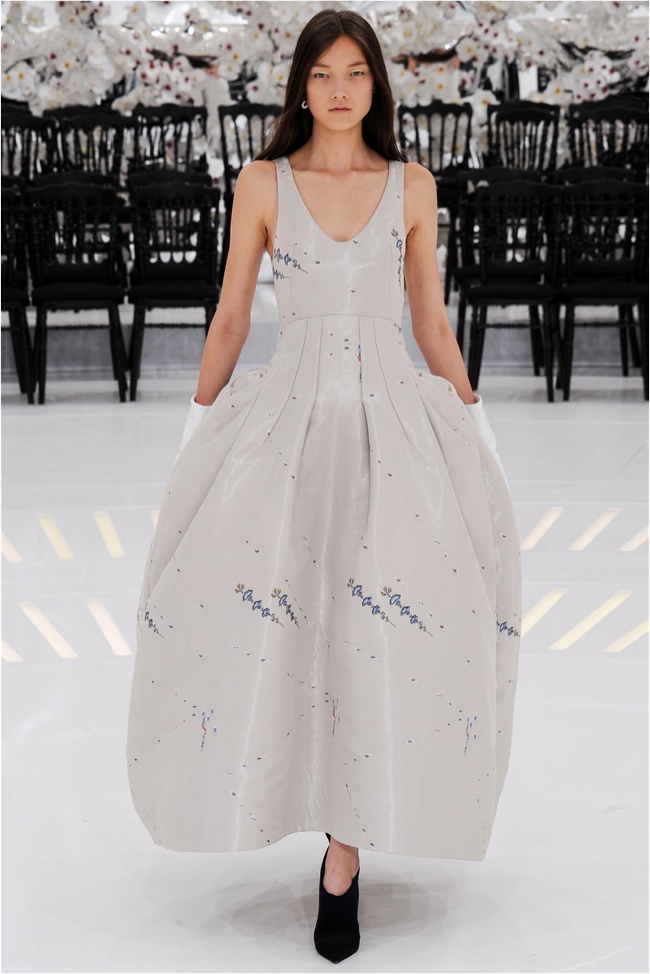 Dior Haute Couture Fall 2014–As with his last couture showing, Raf Simons served up an eclectic selection of looks for Dior’s fall 2014 haute couture runway presentation in Paris. The theme of this season focuses on taking historical designs throughout the decades (and centuries) and making them modern. The Belgian designer started off the show on a dramatic note with structured 18th century inspired gowns that cinch at the waist and then balloon out into full skirts at floor-lengths. Embroidered with emblems, the Dior woman is above approach in her princess couture. Elsewhere, models wore jumpsuits that can only be described as astronaut-like in their baggy shapes and utilitarian decorations. However, as the show progressed Simons’ idea of modern was taken down to earth with daytime dresses, long, sweeping mannish coats and tailored pants. 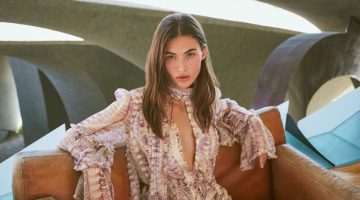 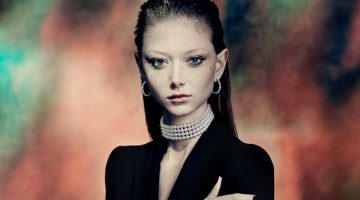