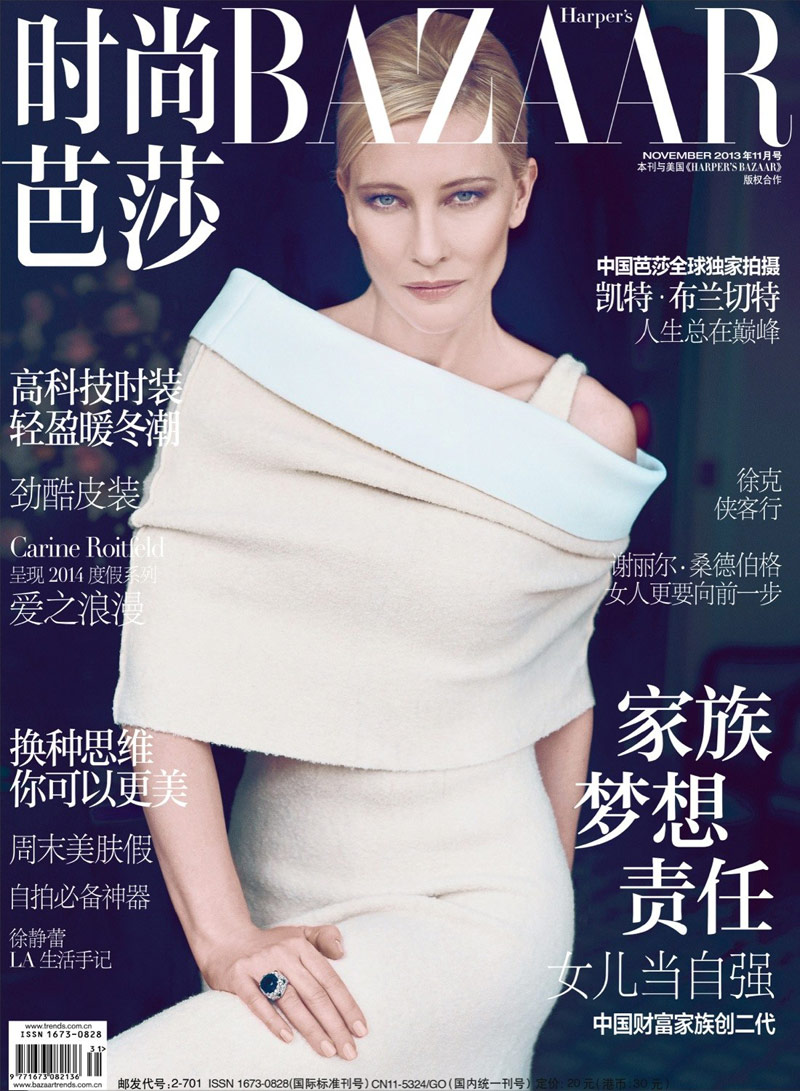 Cover Star – Australian actress Cate Blanchett graces the November issue of Harper’s Bazaar China. Photographed by Koray Birand and styled by Fan Xiaomu, Cate impresses in a look from Celine’s fall 2013 collection. Cate has covered another edition of Bazaar earlier this year; the actress has appeared on the May issue of Harper’s Bazaar Australia. The new cover shoot was produced by Cool Hunt Inc.