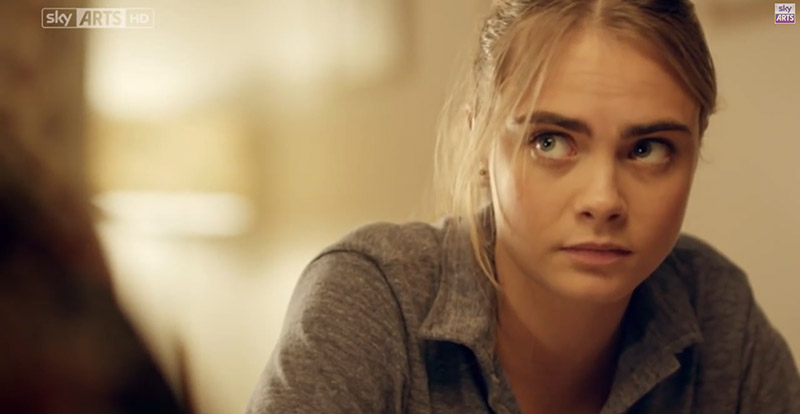 Known for her modeling career, Cara Delevingne, tries her hand at acting in a new made-for-television drama called “Timeless” produced by Sky Arts. Cara plays a worried woman whose fiancé is serving as a soldier in Afghanistan. Meanwhile, she gets closer to her great-grandmother who is a World War II video. Cara made headlines earlier this year, when she talked about rejecting roles where she’d have to appear naked. See a clip of Cara’s acting below as well an interview with the cast. “Timeless” airs on June 19th.