Fresh off of appearing in the PUMA Deva campaign earlier this year, Cara Delevingne returns for the White version. Captured against a metallic backdrop, the model and actress shows off her lithe figure in flexible poses. The Deva White includes a wavy stacked midsole and chic leather upper with a rubber outsole. Cara shows off a sleek updo with a track jacket, tube top and joggers. 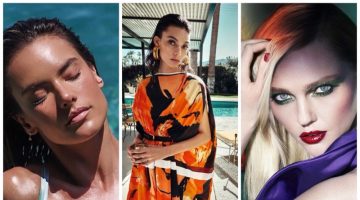 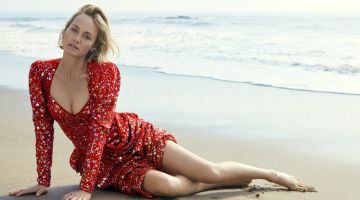 Amber Valletta Poses in Sequins at the Beach for C Magazine