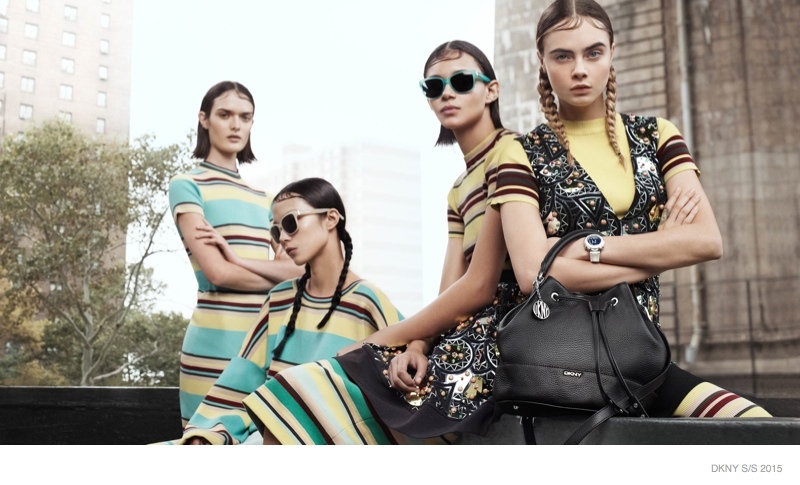 After taking a break for the fall season, Cara Delevingne is back as the face of DKNY’s mainline campaign. The spring-summer 2015 advertisements star the British model alongside Binx Walton, Sam Rollinson, Soo Joo Park and Xiao Wen Ju in colorful looks including stripes and sleek, braided hairstyles. Also released is the DKNY Jeans campaign featuring the boys and girls wearing all denim looks. And in case you missed it, see Cara strip down to her underwear in DKNY’s Intimates campaign. 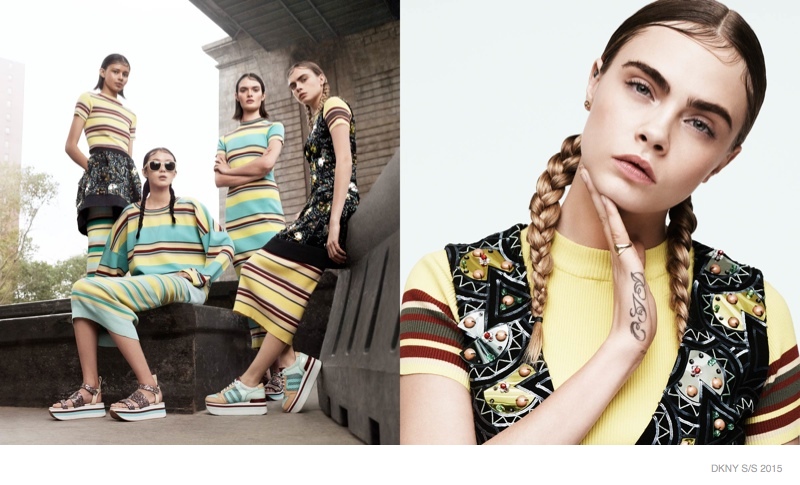 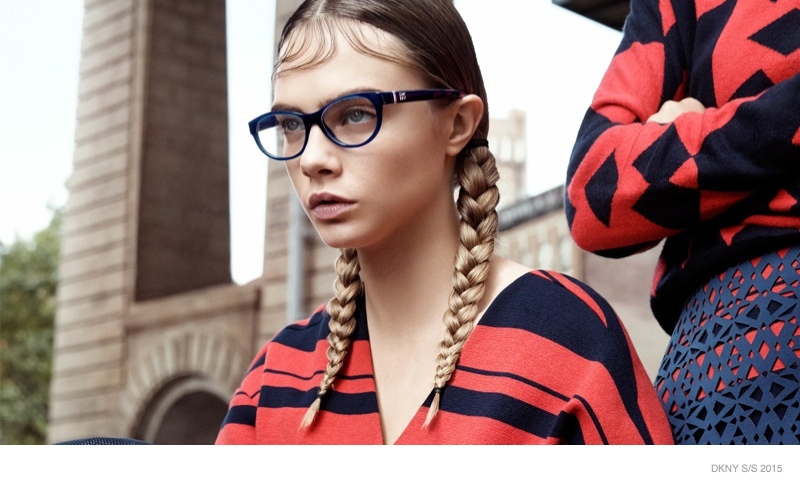 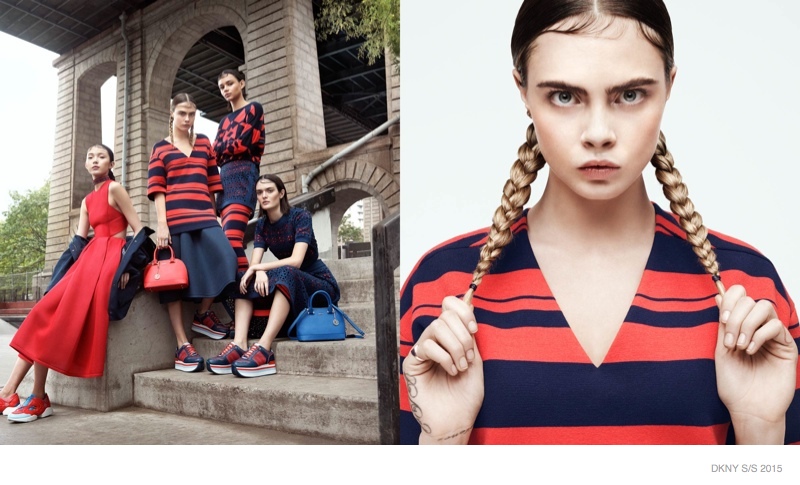 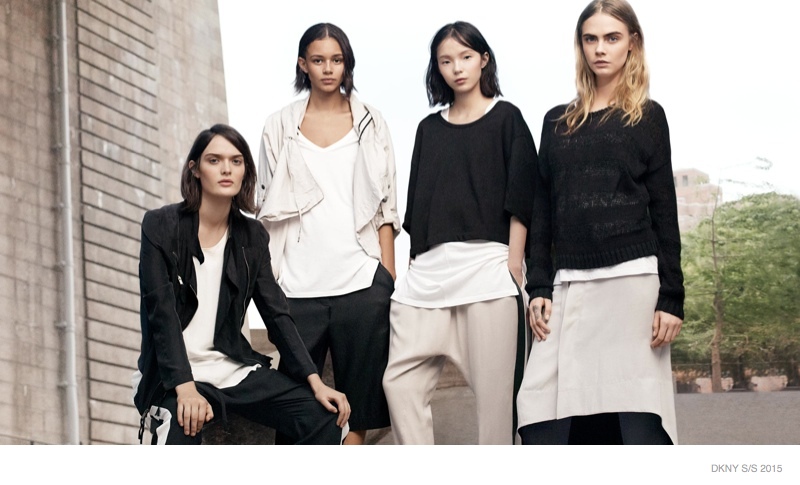 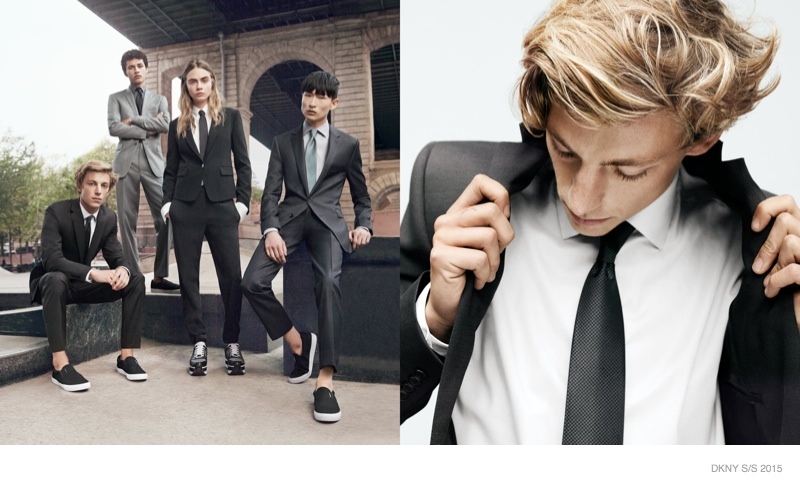 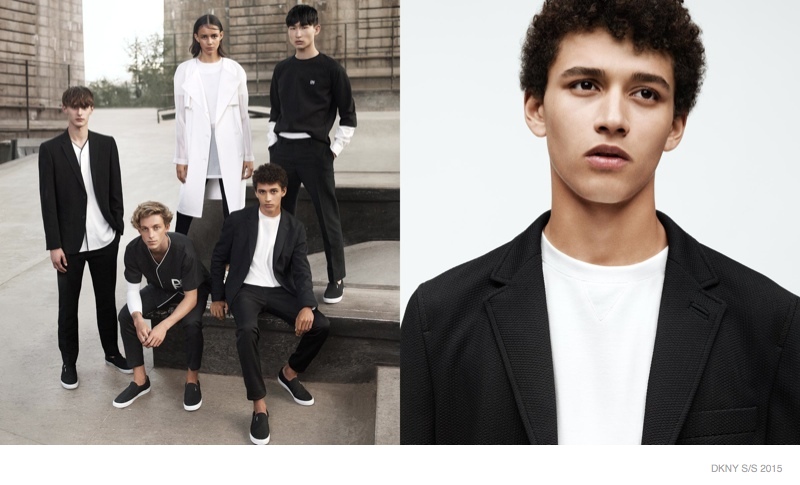 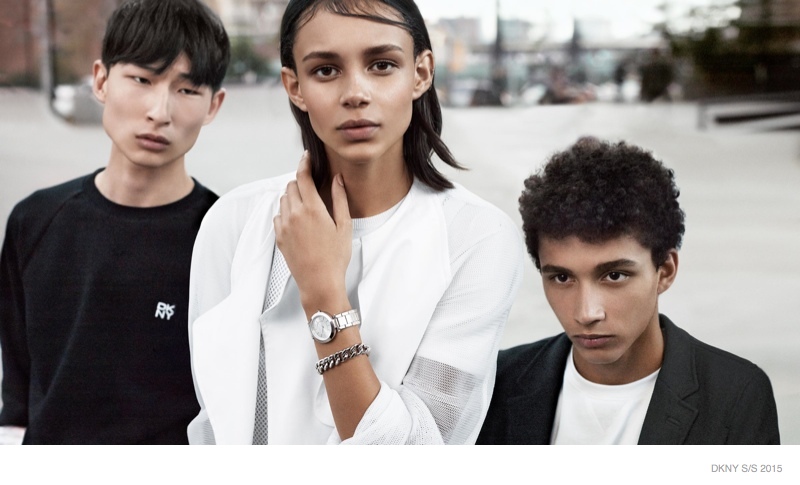 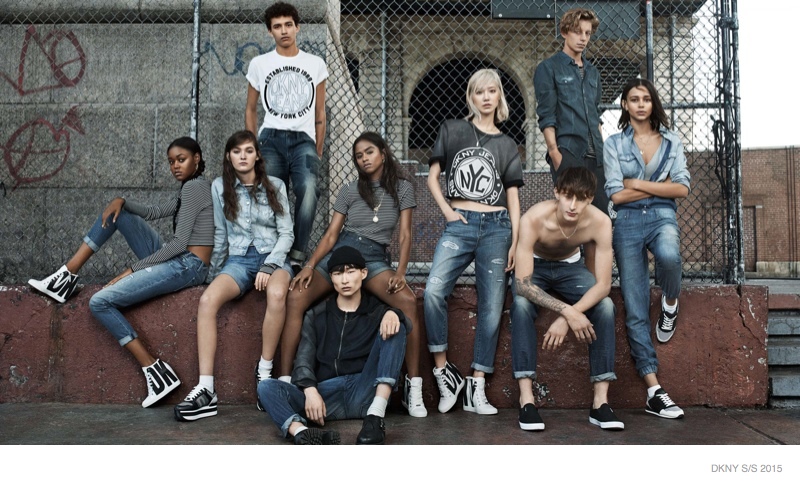 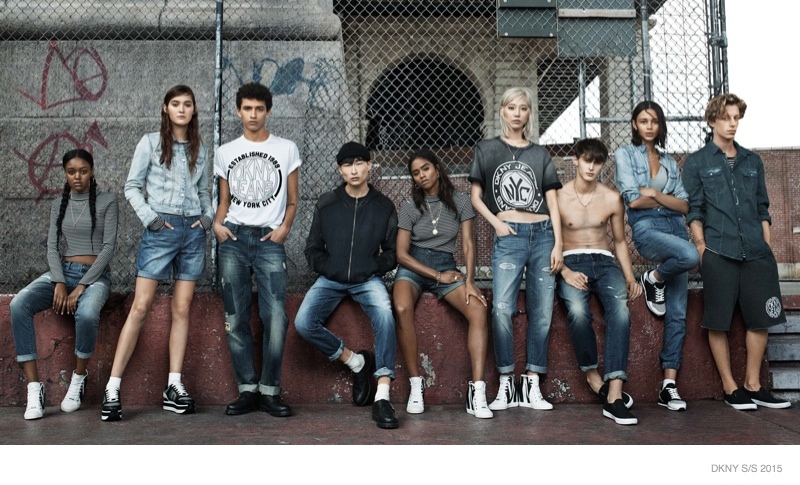