You are here: Home / Runway / Armani Privé Makes It All About Red, White and Black for Fall Couture 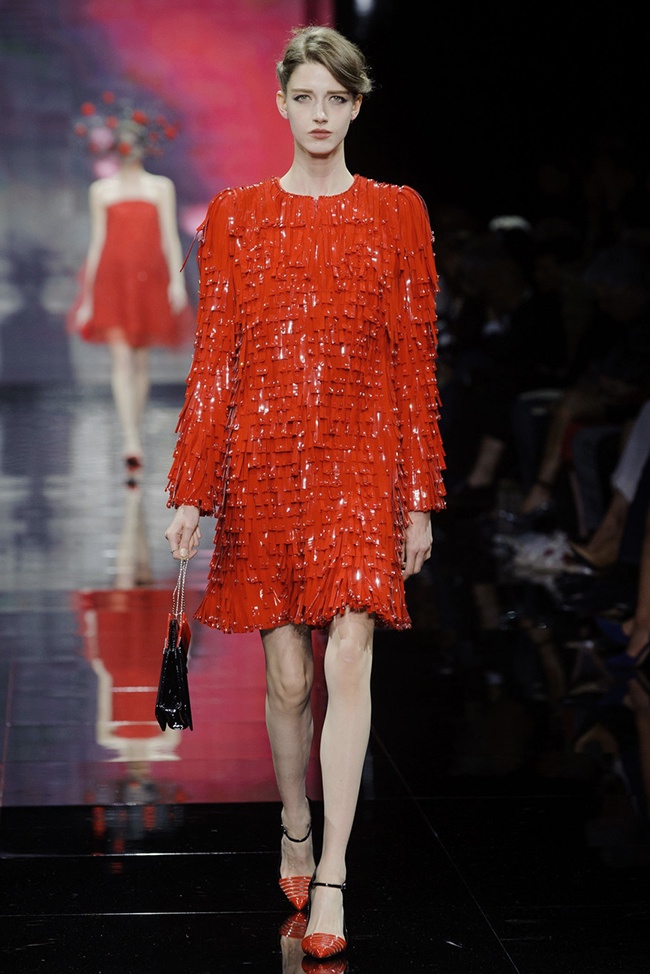 Armani Privé Fall/Winter 2014 Haute Couture–Red, white and black from a lacquer box. That is the theme of Armani Privé’s fall-winter 2014 haute couture collection presented in Paris yesterday. The outing started with clean and simple lines which included capes, tailored jackets and pencil skirts–the timeless tailoring Armani is known for. Later, came the luxuriousness one would expect from couture with lacquered, origami-like shapes adorning geometric-shaped jackets. Throughout, there is a faintly Japanese-inspired aesthetic that takes over with swing coats, ruched folds and cocoon-like coats. The finale goes back to traditional evening wear with a sense of drama in the shape of netted veils and lacquered gowns in scarlet red.