You are here: Home / Fashion / Campaign / Another Look at the Givenchy’s Biker Inspired Spring 2015 Ads 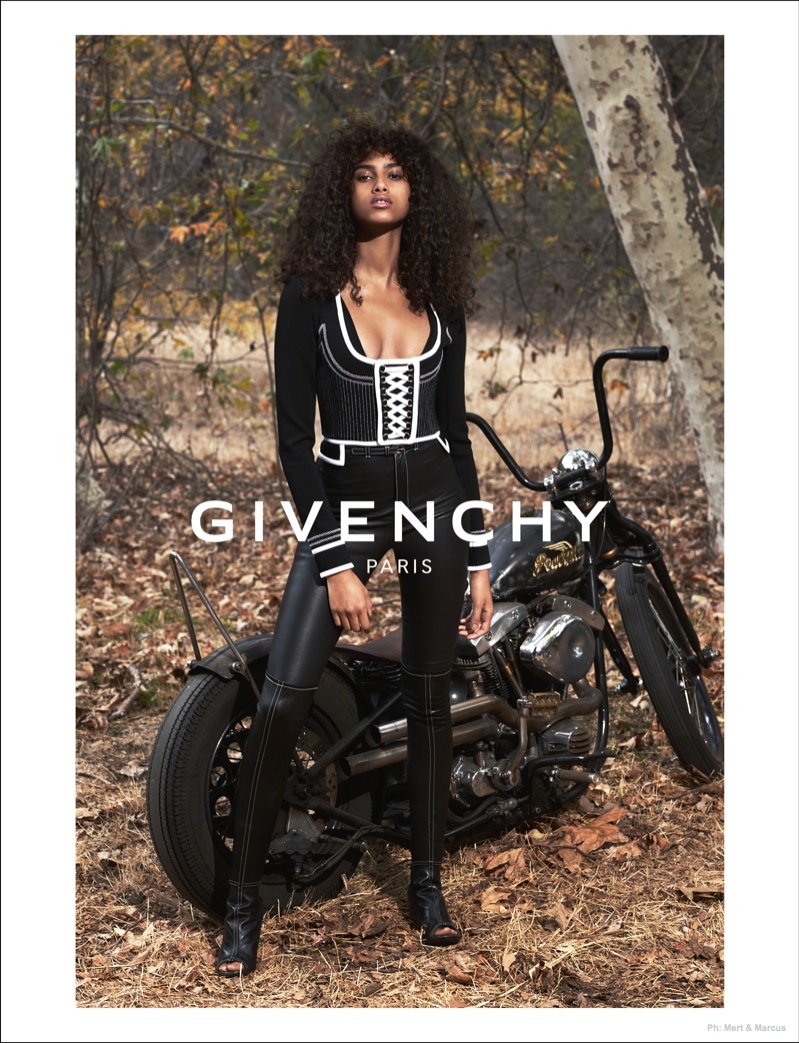 After seeing a preview of the model images for part 2 of Givenchy’s spring-summer 2015 advertisements, the French label has released full versions of the photographs featuring models Imaan Hammam, Mica Arganaraz, Stella Lucia and Alessio Pozzi in biker chic looks. Previously, Julia Roberts was named the face of the spring collection—wearing no makeup in simple black and white studio snaps. Mert & Marcus captured both Julia and the models for the two campaigns. 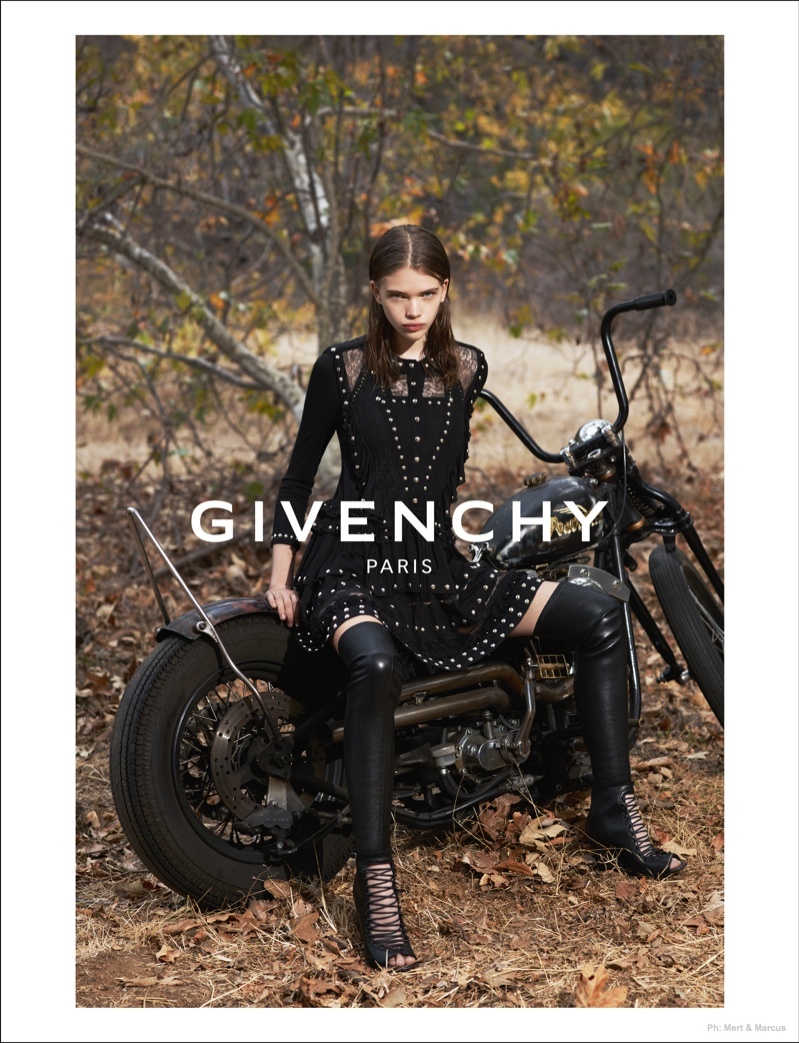 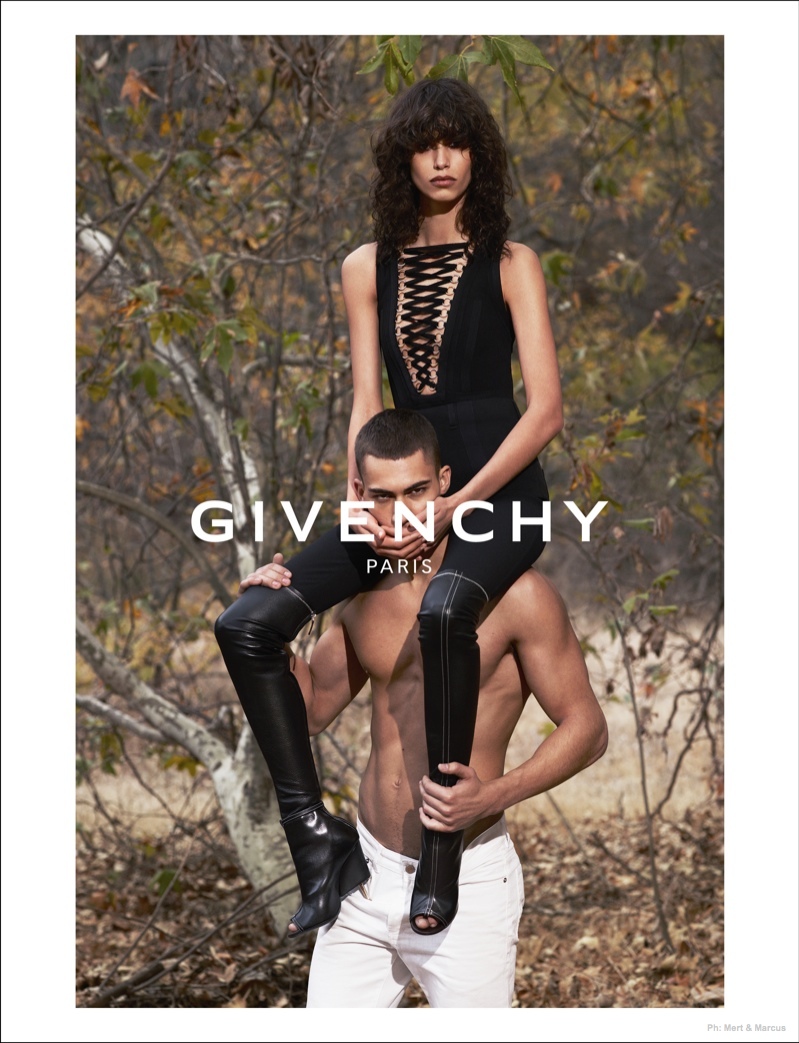