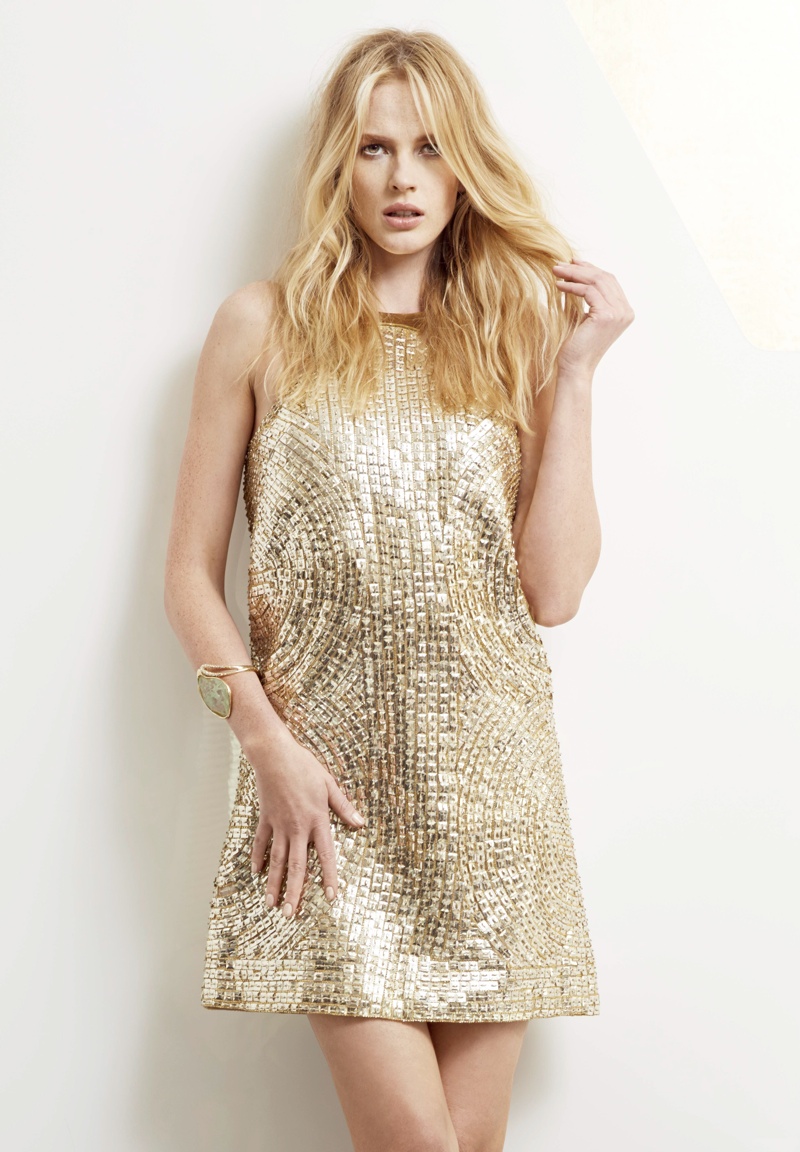 Anne Opens Up–Russian top model and star of “The Face”, Anne Vyalitsyna, gets her closeup for a feature in the latest issue of the New York Post’s “Alexa Magazine”. The blonde beauty shines (quite literally) in metallic looks from the likes of Badgley Mischka, Dolce & Gabbana, and Kaufmanfranco photographed by Rene Cervantes. In the feature, Anne opens up about starting a family, her chameleon-like modeling career and breaking away from her parents’ expectations. See photos of Anne V below and view more of the article on NYPost.com.

Anne on starting a family:
After dating Maroon 5 frontman Adam Levine and Mets Star Matt Harvey, Anne V doesn’t have anything against meeting an average guy at Whole Foods. “I don’t have anything against meeting someone in a supermarket. That would actually be awesome.” She admits she wants kids, “I would like to have a family. I’d like to have kids and that’s pretty much my goal. I’ve been very fortunate, otherwise,” she says. 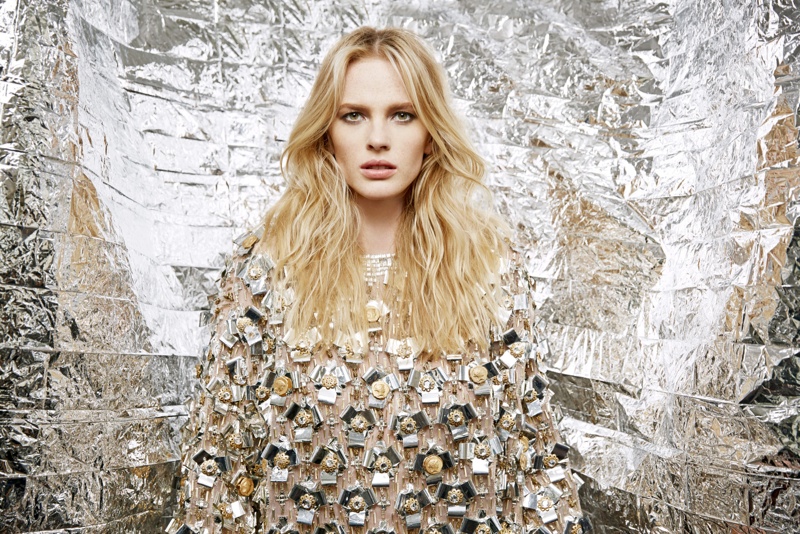 Anne on her “chameleon” modeling career:
“I just did Alexander Wang, where we bleached our eyebrows and were walking in heat-activated clothing, and then I went to do Sports Illustrated press for their 50th anniversary… I can do everything that I’ve always wanted to and people don‘t limit me because of other things I do.” 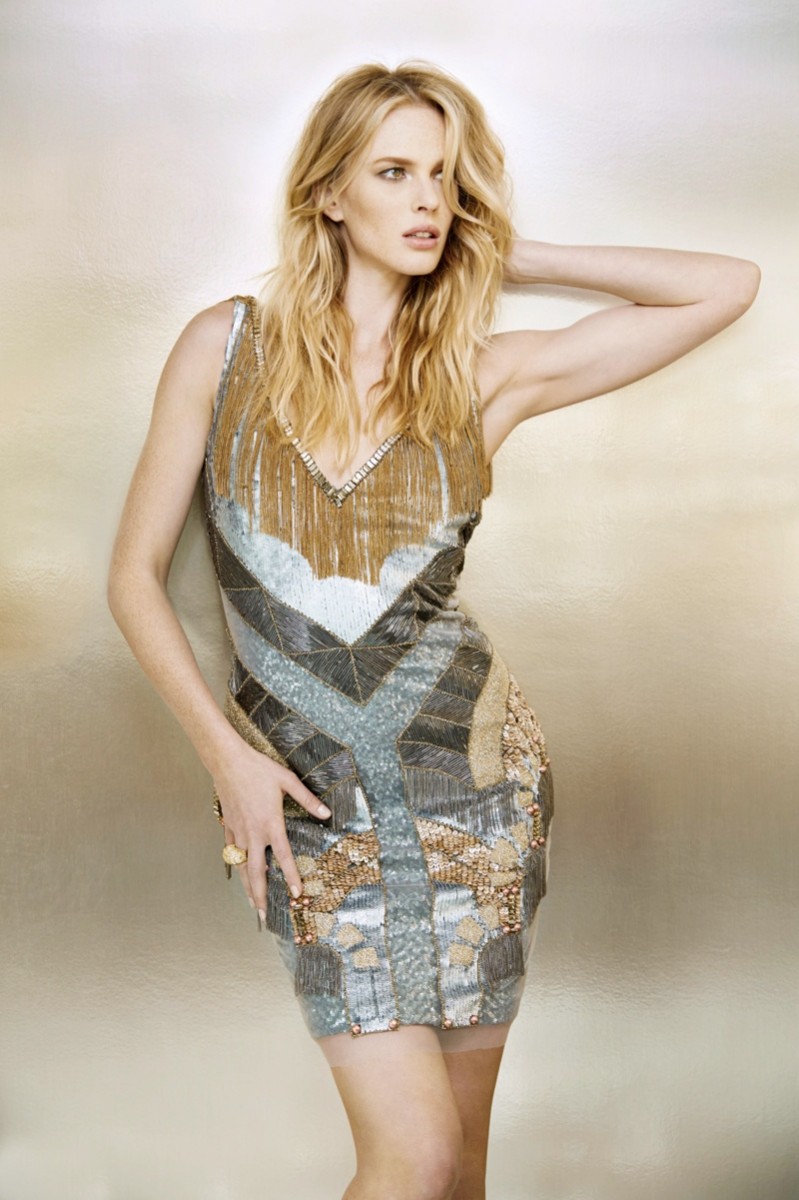 On breaking away from her parents’ expectations:
With both of her Russian parents as doctors, Anne V veered from her expected career path to come to America to model. “They’re doctors, and I am a model. Most people say that models are not that smart…And now they are very supportive.” 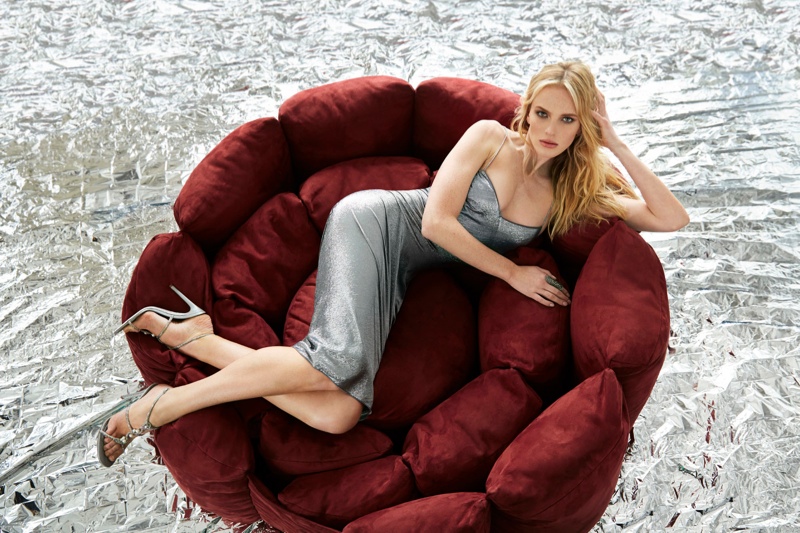